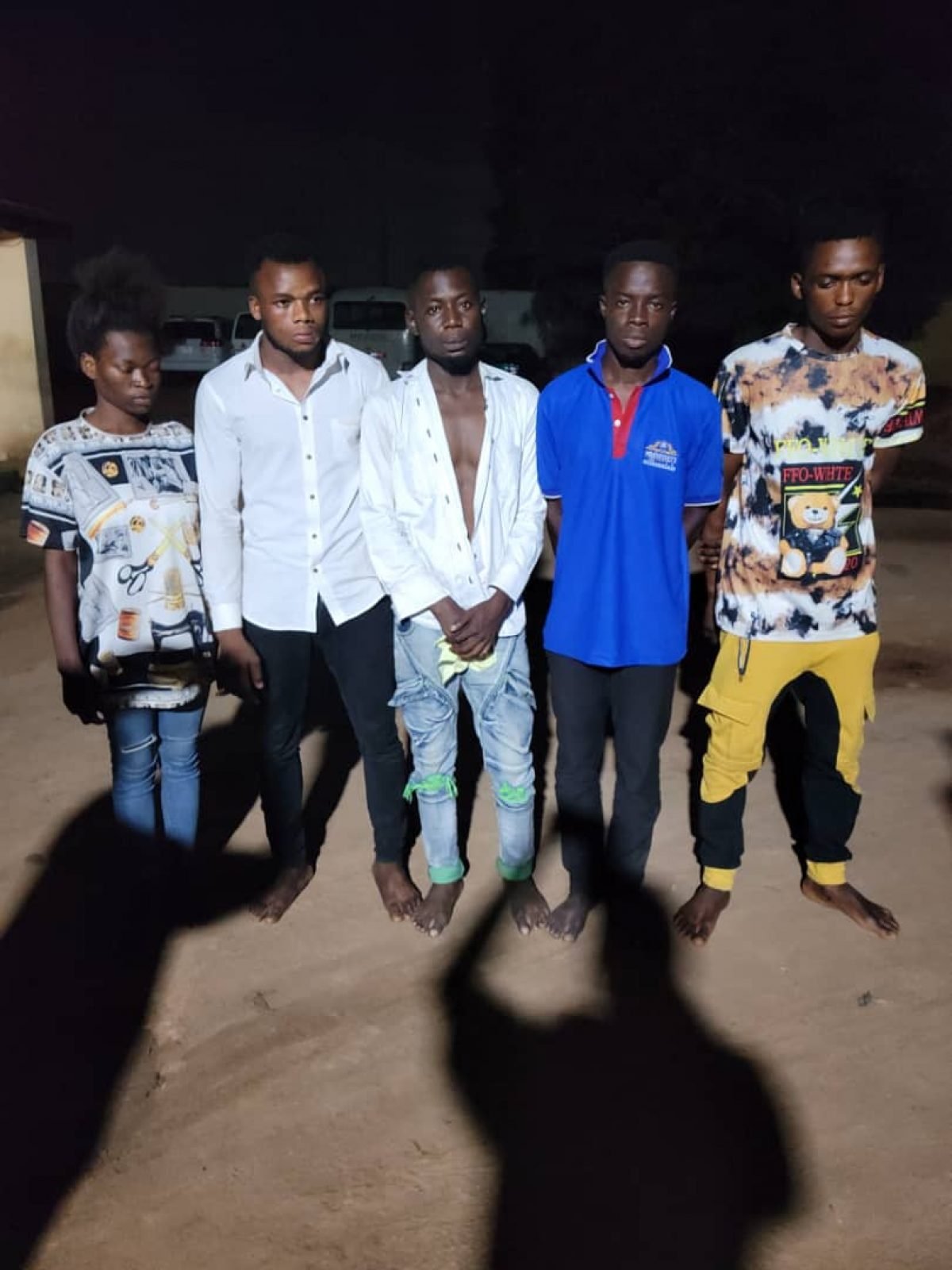 A 23-year-old boy, Edward Okache has arranged his own abduction by some men in Ogun state so as to raise a ransom of N10 million from his parents.
Edward’s sibling, Comfort Okache had earlier made a report at the Mowe divisional headquarters via a phone call that his younger brother, travelling from Calabar to Lagos, had been kidnapped around Mowe area of Ogun State.

On Monday, the police said Okache was nabbed with four others identified as: Asamoah Ernest, Isiah Uti, Ephraim Anyijor and Charity Lukpata, whom he told to kidnap him.

Ogun State Police spokesman, Abimbola Oyeyemi stated that the kidnappers demanded a sum of N10 million if the relatives wanted to see the boy alive.

After receiving the report, Applesbite understands that DPO of Mowe division, SP Folake Afeniforo, had mobilized the division’s tactical teams to the area.

He said, “Upon painstaking and enduring combing of the surrounding bush at Orimerunmu area, the victim was sighted in an uncompleted building with the duo of Asamoah Ernest, a Ghanaian, and Isiah Uti, where he was tied in both hands and legs.”

Police rescued the acclaimed victim and arrested the two suspects found with him.

However, when they got to the station the arrested suspects revealed that the victim was the person who planned with them to kidnap him in order for him to extort money from his parents to invest in an online business.

They went on to reveal that the said Okache was introduced to them by Anyijor and Lukpata, who are also indigenes of the same Yala Local Government Area of Cross River as the victim, saying that they all are part of the planned kidnap of Edward Okache.

Oyeyemi explained that their confession led to the arrest of Anyijor and Lukpata.

The Commissioner of Police in Ogun, Lanre Bankole, has directed that the case be referred to the anti-kidnapping unit of the State CIID for further investigation and possible prosecution.