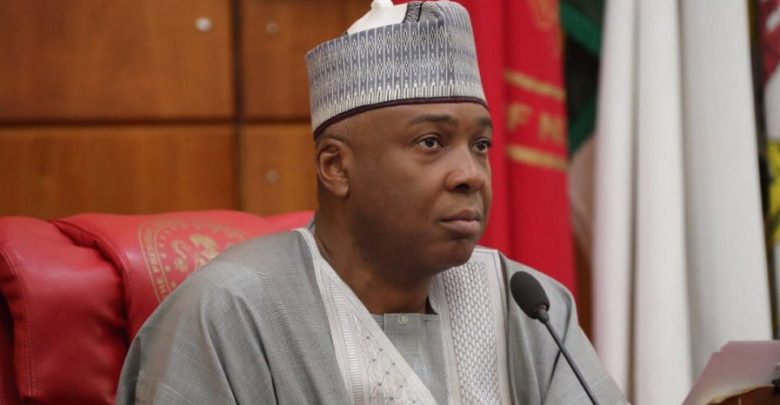 The Economic and Financial Crimes Commission has arrested Former Senate President, Bukola Saraki. Saraki is in custody over allegations of theft and money laundering.

Apples Bite Magazine learned that Mr Saraki, a former Kwara State governor, was detained on Saturday.
Related Post: Saraki, EFCC and the Media by Olawale Olaleye
As senate president between 2015 and 2019, Mr Saraki spent a considerable time facing allegations of corruption and false declarations. He was acquitted by the Supreme Court in June 2018.

Saraki will be facing interrogation by crack EFCC operatives over alleged theft and laundering of public funds using a network of proxy companies.

The suspected proxies, who executed purported contracts for Kwara State under Mr Saraki, allegedly made returns, for many years, to the former governor, forming an organized system of payments.

Saraki’s arrest is coming days after a former governor of Nasarawa state, Tanko Al-Makura was also arrested for Money-laundering.