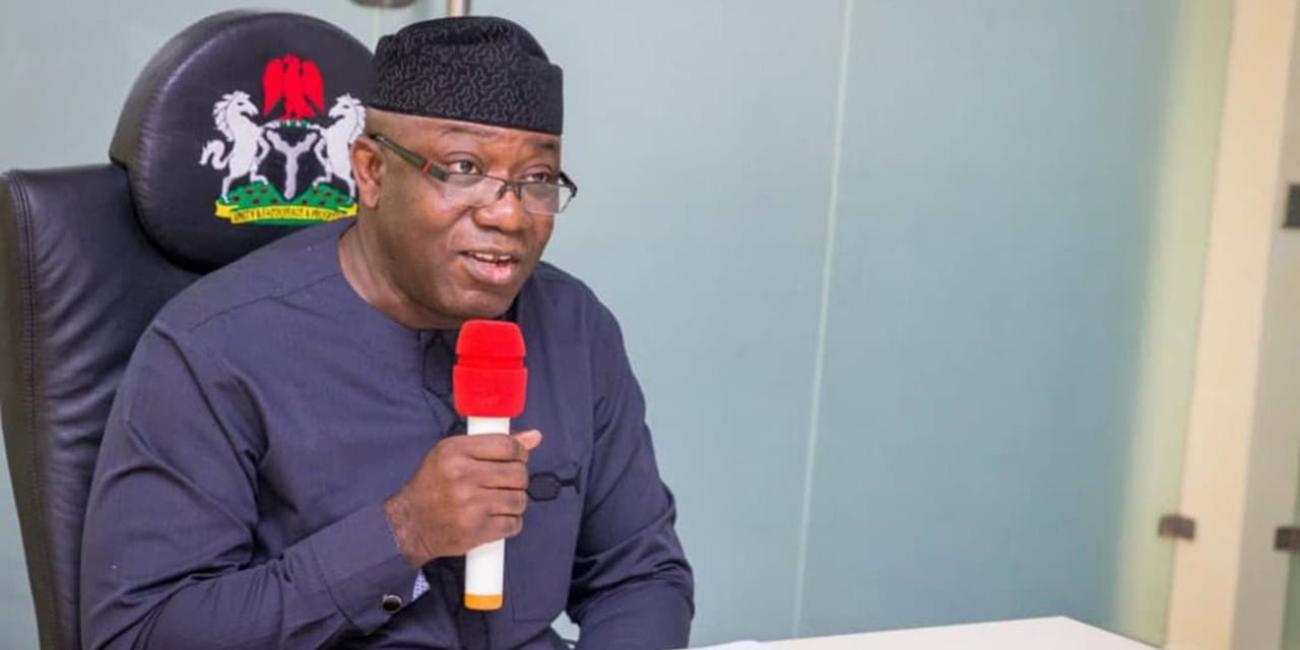 Aribisogan was elected as the new Speaker of the House of Assembly following the death of the late Speaker, Funminyi Afuye.

The invasion of the Ekiti State House of Assembly by the police on Wednesday over an alleged security threat was a ruse to prevent the new Speaker of the House, Gboyega Aribisogan, from taking charge, Applesbite has learnt.

Nigeria Police personnel took over the House of Assembly complex, claiming a security beef-up was necessary to avert an alleged plot by hoodlums to attack the complex.

There were armed police officers stationed around the Assembly complex, forcing workers to close early in response to the alleged threat.

Applesbite, however, learnt that the immediate former Governor of the state, Kayode Fayemi was behind the ruse targeted at preventing Aribisogan from taking charge as the Speaker of the Assembly.

He was sworn in as Speaker by the Clerk of the House, Tola Esan, following his victory.

Applesbite reported on Tuesday that Aribisogan emerged as the new Speaker despite efforts by the immediate former governor of the state, Dr Kayode Fayemi to impose his candidate, Chief Bunmi Adelugba on the people, in a move to retain control of the state legislature.

Applesbite also exclusively reported that Fayemi plotted against Aribisogan, who was the candidate of the state governor, Mr. Biodun Oyebanji. Fayemi summoned politicians to a meeting in his house to plot against Aribisogan ahead of the election, in a desperate bid to ensure his candidate, Adelugba won.

Sources told Applesbite that Fayemi on Sunday summoned top politicians in the state to his house and categorically told them to support Adelugba for the vacant position. He, however, failed to invite the governor to the gathering where the plot was being made to technically give himself a third term in office by retaining control of the House.

Regarding the police invasion of the Assembly complex on Wednesday, a source told Applesbite that it was all a ploy to disrupt Aribisogan’s reign as the Speaker.