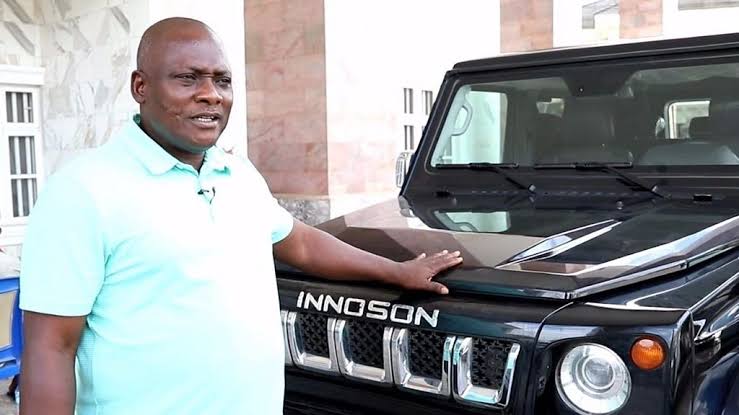 Chief Innocent Ifediaso Chukwuma is the chairman and managing director of Innoson Motor Manufacturing Company. In this interview with Leo Sobechi, he talks about challenges of entrepreneurship and his induction into Igbo Leaders Business Hall of Fame.

As a pioneer of indigenous motor manufacturing, what challenges did you face and what motivated you into manufacturing cars for Nigeria?

How did you start in business?

Many young people that are interested in entrepreneurship complain of lack of start up capital and not knowing which business to pursue. What is the best approach for such people, between having money and having a business idea?

How did you solve the problem of initial capital for motor manufacturing?

I started the motor manufacturing with a little money. I went to Bank of Industry (BoI) to buy machinery. I requested five machines from them, but I was able to buy just one. I started with that one. When I completed the repayment, they bought five more machines. Then after I paid very well for the five machines, they bought 10.

Bank of industry can only give you money if they test you and you are trust worthy; I didn’t know anyone in BOI before I joined. I applied for five machines and they approved only one. But seeing the way I was able to pay the one they approved made them to buy five more. To BoI, everyone is a suspect, because they don’t know anyone until you prove yourself. As at last two months, they have bought for me equipment worth N4 billion.

What does that say to other young people who would want to go into investment?

Any industry I want to build is not an issue for me. At first, I give them my proposal and business development plan. And for whatever facility they give me, I pay back according to the terms of the agreement. I don’t know any of the bank officers. I believe they can do the same for anyone they believe can pay their money back. But they try to loan money to people that will invest in industry.

The problem with some people is that they will go to the Bank Of Industry and pick money only to invest it in a wrong line of business. Of course, the money will be lost. In that case, they will not see any industry to hold. That is why they are very careful.
But if they see anyone that will pay back their money, they loan the person money. They have given me a number of times. 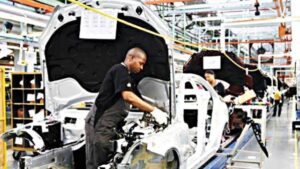 Did you give them any collateral?

At a point that Air force, Army and Federal Road Safety Corps, were sourcing their vehicles from here, what did you make of that? Would the plant have made more progress assuming it was outside Nnewi?

They have tested our vehicles and liked them so they started and have been ordering more. As of today, most of these organisations are our major customers.

It will progress anywhere it is situated, as far as it is in the country.

How do you get personnel/staff, especially the technical people doing the work we saw today?

I get the usual people and train them the way I want. I have an academy inside the factory to train the workers. And the staff must go through the academy for nine months before going to work in the factory.

Coming to this hall of fame where people who have succeeded are recognised. How does it make you feel?

Are there people you have groomed or mentored to become successful in business?

I have groomed a lot of people; I have established so many outfits to create job opportunities. I groomed a lot of people in trading and also mentoring a lot of young ones in industry now. A lot of people are interested in the automotive industry and they want to build in Anambra. Some of them are coming to me to produce some vehicles’ components for them. We have signed agreement with them and some have gone to buy the machines. Others are building their own space for that. Some are ready to supply components produced locally. I assure them that if they meet the quality we want, we will go into partnership agreement that henceforth we wont import those items anymore.

There was a time you wanted to veer into tyre manufacturing, how did that go?

Yes, I have a tyre factory in Enugu. But NESREA (National Environmental Standards and Regulations Enforcement Agency) wrote us an official letter to shut it down, because we didn’t get permit to build a tyre factory in Enugu. So, we shut down the factory. It was later resolved, but before then, a lot of things had gone bad. A lot of the equipment had rubbers congealed in them. It took more than four to five years for the case to be resolved. The factory cannot work again unless a major investment is made. The factory that was established with more than $14 million just went to ruins like that. When they shut down the tyre factory, I thought they wanted to build another one. But up till now, I have not seen any other one.

Having been in this business, what do you consider as the major challenge young people face in the area of entrepreneurship? What are they not doing right?

Well, I think the young ones need to believe in themselves. They should look at what they know and find out the best way to develop it. You can develop anything yourself first before talking about money. I told you I started by trading on small components of motorcycle. From there, I developed motorcycle components and went to motor components. Finally, I developed a complete motorcycle. Now I am developing complete vehicles.

Left to you, do you feel that the Nigerian government is helping entrepreneurs or abandoning them to their fate?

I don’t know; I am always at the factory. I don’t know much about what they are doing. What I do is to make sure that production is going well. The government has made a lot of good policies in favour of entrepreneurs and industrialists. So, with such policies in their mind, I believe that they want them to do well. But the implementation maybe, the way it is done, has a problem.

You started with motorcycle and it is on record that you were the first Nigerian to manufacture a car. How does that make you feel?

Well, sometimes when people ask me to join politics, I answer them that politics cannot give me satisfaction; what gives me satisfaction is to develop things. Maybe something with less value, I find out that if I develop it well it comes out better; when I do something and get it right, it gives me joy. So. I prefer developing things. 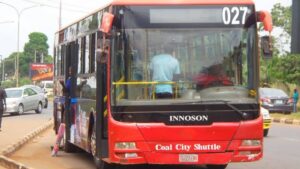 Whenever you see people drive your car what comes to you mind?

Well, I always request feedback from the owners and drivers I see with my vehicles. From their responses, I get more knowledge on how to make the products better.