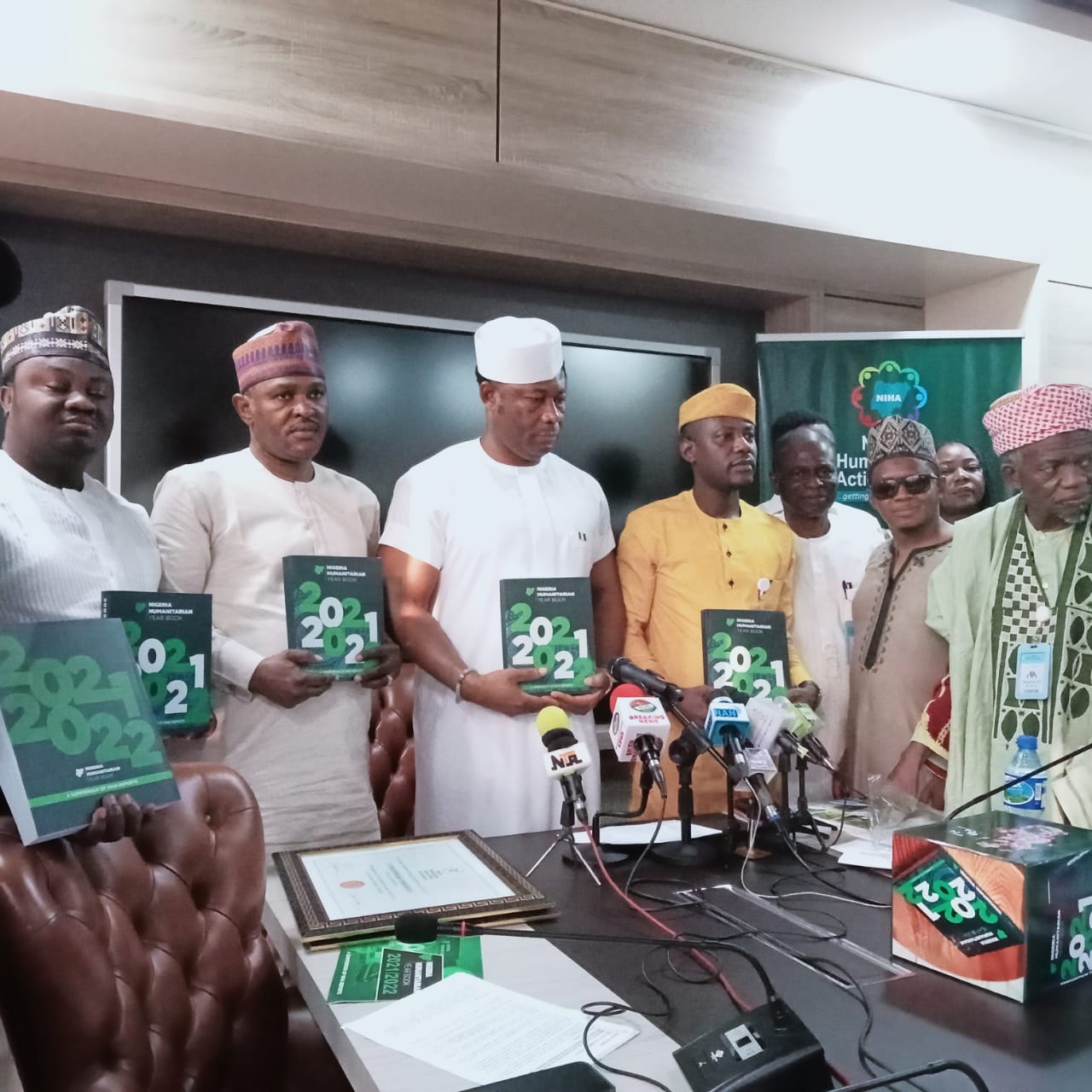 As part of activities to mark the World Humanitarian Day, the Nigerian Humanitarian Action (NIHA), has nominated Mr Tein Jack-Rich as its Humanitarian Personality for his outstanding efforts in humanitarian work.

Mr Kleisaint Ako, the Chief Humanitarian of NIHA, announced this at an event held to commemorate the World Humanitarian Day on Saturday, in Abuja.

According to Ako, Jack-Rich, the CEO of Belema Oil and one of the Presidential Aspirants of the All Progressives Congress (APC), is to serve as President during NIHA’s Humanitarian Week scheduled to hold in November.

He said the philanthropist was nominated and was to be appointed and honoured as the first ever Nigerian World Humanitarian Day personality.

He further explained that it was a resolution that came from the Programme Year Opening Conference (PROYOC), where the Country Governors’ Group resolved to pick an individual that will be honoured during the NIHA Humanitarian week, and Jack-Rich was nominated because of his huge humanitarian works across the country.

“It is quite inspiring what you are doing, and for onlookers that do not know you, as a matter of fact you are quite humble in person, it really shows the epitome of what you have done as a person,’’ the Chief Humanitarian said.

Ako described the 2022 World Humanitarian Day as unique, because it was a lead event to the NIHA Humanitarian Week where Jack-Rich was to be honoured as the first Nigerian Humanitarian Personality.

According to him, NIHA is the first ever interface platform where state actors engage with non-state actors to drive humanitarian interventions and sustainable development initiatives.

Also speaking at the event, Mr Joe Bankole, a retired Director with the News Agency of Nigeria (NAN), Chairman NIIHA Editorial Council and Executive Director Nigeria Humanitarian Week..said NIHA was on a mission and had a vision to advocate for little humanitarian efforts that would culminate into greater things such as what Belema Oil was doing.

According to Bankole, it is to this end that a year book that encapsulates the idea and objectives of NIHA has been put together to inform and point attention to relevant areas of concern for everyone in the world, especially organisations like Belema Oil, which have dedicated themselves to seeing that the world wins the war against poverty, diseases such as COVID-19, and destitution.

“The mission and vision, as well as the goal of the Nigerian Humanitarian action is encapsulated in the book and this has been summarised by Mother Theresa.

“The effort of NIHA therefore, as a group of Non-Governmental Organisations, with the love and passion for helping the less privileged in our society, may look small compared to what big corporations like the Belema Foundation and others are doing, but like mother Theresa said, these little efforts count much and if they are absent, then something is missing.

“Therefore this yearbook documents some of these efforts, including the massive response by a short word in combating the Corona Virus, the weak, strange, yet powerful virus that brought the world to its knees,’’ he said.

Bankole explained that the year book was also a 12-chapter documentation of the COVID-19 global response and how the world was still responding to it.

“It contains relevant and up to date information and statistics on the Corona Virus pandemic with its devastating impact on worlds health, business and social interactions, thus it provides a never forget me kind of research for the world to refer to in case of a re-infection in years to come.

“It provides immense benefits also for education on the pandemic, and how to avoid or survive it in case of infection.

“Finally, because today’s event is to honour a worthy humanitarian, this adequate information is on non-state actors and their roles in combating this pandemic, and NIHA is on the forefront of showcasing these efforts.

“With our collaboration with Belema Foundation, I am sure we will have a greater mileage,’’ Bankole added.

In his response, Jack-Rich said that NIHA had expressed the strategic need for all humans to continue to live for humanity.

“When I got wind of the nomination, I just said to myself that this is to show that no matter what you do in the open or secret, society sees it, and for me, I believe strongly that the most phenomenal essence of humanity is to be a humanitarian

“And when you become a humanitarian, humanity will dictate your pace and will design your schedule; and that is why anytime I get wind of any event that is strategically positioned to advance the course of humanity, I get in without any form of apologia.

“So I want to thank you once more for this noble recognition, I also want to thank all those who have been behind the scenes trying their best also to do one most important thing, to promote the dignity of humanity irrespective of how marginal or negligible it is.’’

The Rivers-born politician also noted that the most important gift was to give that which was most desirous to advancing the life of a fellow man.

He said Belema Foundation therefore, considered every humanitarian service as a strategic engine to advancing the course of humanity.

“So, whatever we have done in the northeast, northwest, north central southwest southeast or south-south, is a true display to promote oneness to advance the course of our country. You are not yet a millionaire or billionaire until the need of your immediate community, until the need of the larger society becomes the energy that advances your interest to live a fulfilled life.

“I believe strongly that no matter how well you are connected within or outside this country, you may be privileged to be the best friend of the most advanced economy’s president, until your contacts and your connections and your reach or your wealth is able to add to the advancement of continental Africa or your nation, that affluence that you have is a display of mockery.

“Because your friends outside the shores of the land will be laughing at you behind your back because your people have not been privileged to be set on the trajectory to realise their full potential, that is why it is key that no matter what we do we must have humanity at heart.

“That is the only way that life is lived to its fullest, and that is the only way we can say indeed we are human beings, it does not make sense when we divide ourselves across ethnic, religious and geo-political lines, the most important thing we must recognise is that all these ways of life did not give birth to us,’’ he said.

Jack-Rich thanked the organisers for the recognition and honour that he was “a vehicle that is worth associating with’’, in spite of the fact that his foundation had been behind the scenes for a long time, adding that it was an encouragement to push forward in advancing the course of humanity.

Aluta News reports that as a philanthropist driven by his values to give back to the society, Jack-Rich has through his Foundation, awarded scholarships to hundreds of students, some of whom have graduated from schools in Canada, Ghana, Ukraine, UK, USA, Malaysia, Nigeria, North Cyprus, and the Philippines.

Today Jack-Rich and his foundation have provided for his community and other communities, the best potable drinking water, employing more than 3,000 Nigerian youths with plans for 12,000 as ambassadors of wealth creation throughout Nigeria.

It will be recalled that the World Humanitarian Day, followed the resolution taken by the United Nations after the 2003 bombing in Baghdad, which killed about 23 of its humanitarian workers.