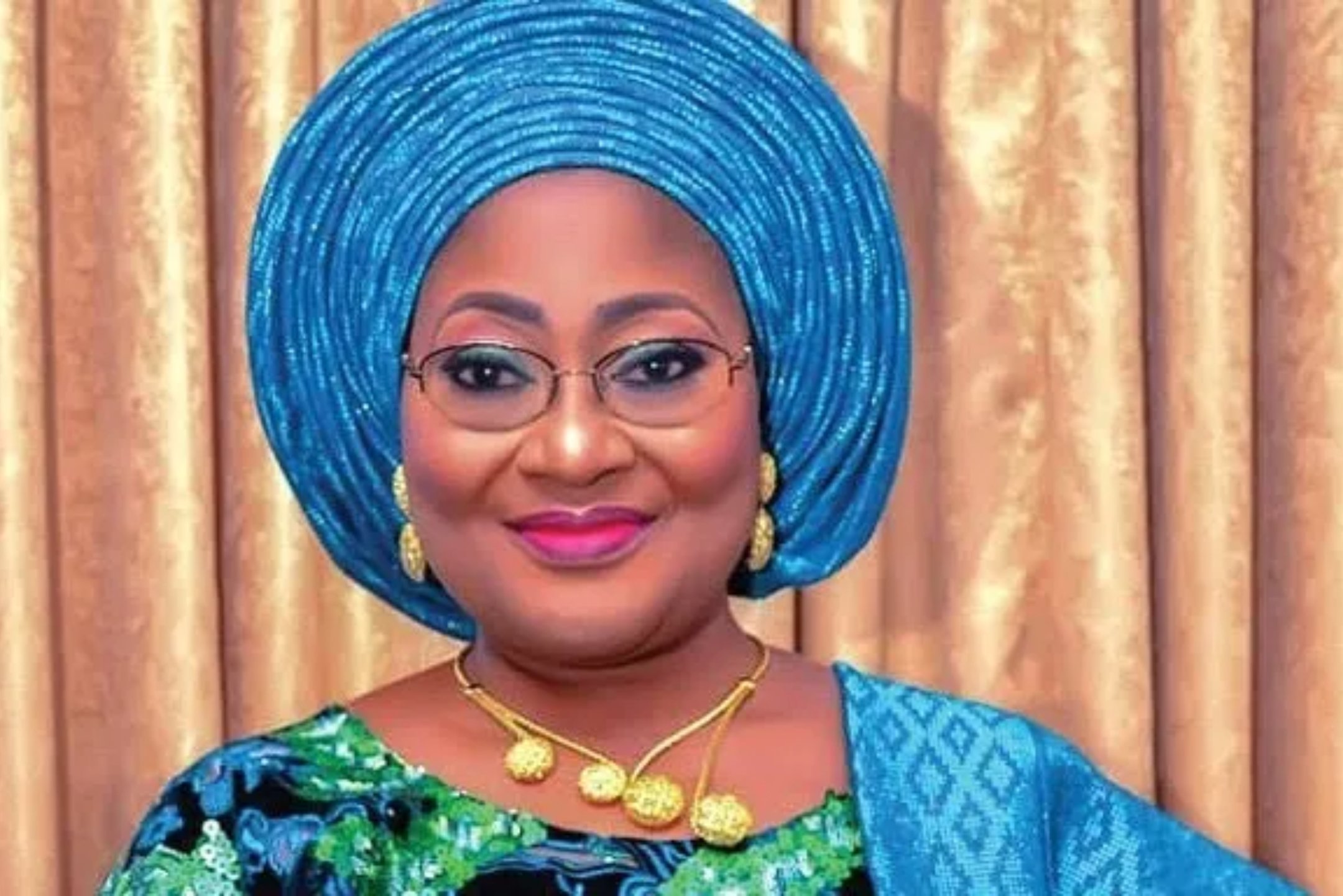 The Peoples Democratic Party (PDP) in Osun State has denied any involvement in the attack on the convoy of the state’s First Lady, Kafayat Oyetola.
Applesbite had earlier reported that the convoy was attacked on Friday at the Owode area of the state, and some of the First Lady’s aides sustained injuries.

But in a statement on Saturday, the spokesman of the Osun PDP, Oladele Bamiji, said Oyetola’s escort caused the attack after he beat up a truck driver whose vehicle blocked the road.

The party blamed the governor’s wife for covering up the irresponsible conduct of her escort who beat up a truck driver, leading to the attack on the convoy.

The statement read, “We are shocked to read this morning the futile attempt by the office of the outgoing First Lady to cover up the irresponsible conduct of her escort who beat up a truck driver at Owode, leading to public angry reactions against her entire convoy.

“According to eyewitness accounts, yesterday was Owode Ede market day and the road was expectedly crowded. A truck had developed a fault right in the middle of the road with the driver making efforts to get it to work.

“That was the point the First Lady’s convoy arrived at the scene and instead of helping to clear the traffic hold up , the security operatives around the First Lady pounced on the truck driver, beating him to a state of stupor.

“Realizing the outcome of their criminal misadventure, the operatives rushed the driver to the hospital after the former had slumped. It was at this point that people around the market angrily reacted, pelting the convoy with stones and others.

“Eye witness accounts further revealed that as at the time the convoy was attacked, the angry crowd were not even aware of who was in the convoy until reinforcement was sent to the scene from Government House with sporadic shootings.

2023 Presidency: Femi Kuti Reveals What He Discussed With Obi

“We have gone this far with the details of the incident to strongly deny allegations that PDP thugs were responsible for the self-inflicted attacks on the convoy of the First Lady.

“As a party, we have no Asiri Eniba or Rashid Oko Ilu as the First Lady’s family actively nurtured before, during and after the election.

“PDP is a people’s party whose members will never harass and molest innocent citizens whose only crime was pursuing their daily needs under an economy recklessly battered by the First Lady’s party.

“We call on the First Lady to apologize to the truck driver who was inhumanly treated. It is not enough to rush him to the hospital. The First Lady should atone for the sins of his overzealous escorts unless she was responsible for the directive to beat up the innocent driver.

“Instead of blaming the PDP, we call on officials of the outgoing government to be mindful of their interface with the people of Osun state. Our people have been badly governed with harsh economic pains under a clearly inhuman administration.

“It is unacceptable and reprehensible for a First Lady and her team to assault a citizen and turn round to blame the opposition.”