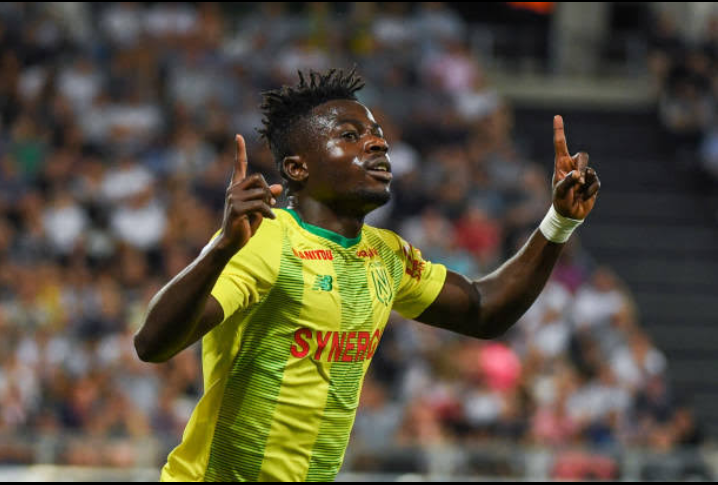 Super Eagles striker Moses Simon has reportedly signed a permanent deal with Nantes after the French Ligue 1 club activated the €5m clause demanded to turn his loan deal to a permanent one.

Simon joined Les Canaries on a season-long loan deal from Spanish La liga side Levante last summer but has impressed enough to sign a deal till 2024 according to reports by French publication GFFN.

Simon’s deal reportedly required him to hit a ten-goal target for Nantes before the option-to-buy clause is triggered but he only managed nine goals and eight assists before the season was suspended due to the coronavirus pandemic.

The decision to end the season early means Simon was robbed of the opportunity to meet the target but manager Christian Goucuurff took the plunge nonetheless having been enamoured with the Nigerian’s performances throughout the season.

There are suggestions that Les Canaries moved fast to secure the Super Eagles star to ward off potential suitors given Simon’s electrifying performances this season.

Despite acquiring him permanently, it is understood that Nantes could cash in on the Nigerian if they receive a mouth-watering offer for the 24-year-old.

The decision to sign Simon on a permanent deal means that he becomes the first Nigerian player to get a deal in Europe for next season.