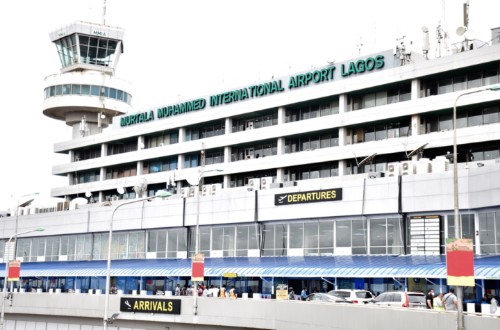 The National Drug Law Enforcement Agency (NDLEA) says its operatives have intercepted 3.4kg of cannabis concealed in cans of baby food, powdered milk and beverage at the Murtala Muhammad international airport in Lagos.

In a statement on Sunday, Femi Babafemi, NDLEA spokesman, said the cannabis was to be transported to Dubai.

“A freight agent, Ewelike Chibuike Cyril, who presented the consignment for export was subsequently arrested,” he said.

He said the arrest was made at the Skyway Aviation Handling Company Plc (SAHCO) export shed of the airport on December 5.

He said the travelling bag belonged to Charles Uchemadu, who was returning from Sao Paulo, Brazil, via Doha on a Qatar Airways flight, and that the cocaine was intercepted during inward clearance of passengers.

Similarly, the NDLEA said its operatives intercepted parcels of cannabis weighing 6.30kg, concealed in sound systems (speakers) going to Malabo, Equatorial Guinea, through the SAHCO export shed of the airport on December 8.