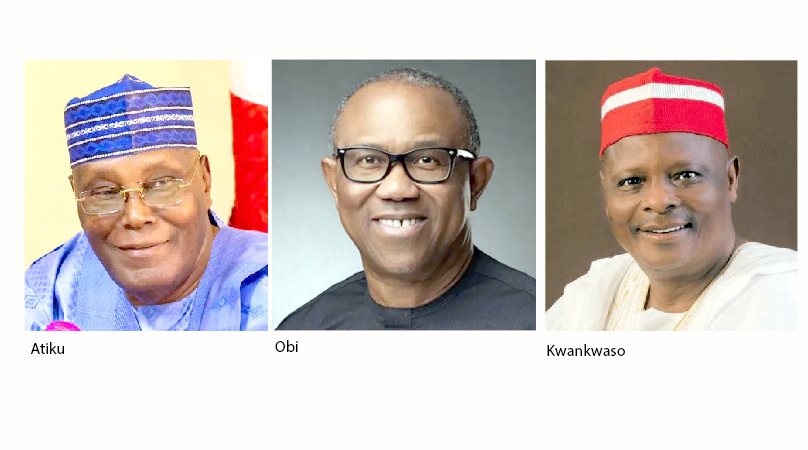 CHATHAM House which recently hosted the presidential candidate of the All Progressives Congress (APC) Bola Tinubu, has also extended invitations to the flagbearers of three other leading political parties and the Chairman of the Independent National Electoral Commission (INEC) Mahmood Yakubu, sparking mixed reactions from Nigerians.

A former Governor of Anambra State, Southeast Nigeria and presidential candidate of the Labour Party (LP) Peter Obi, will be next to speak at the Chatham House in London, United Kingdom, on the country’s 2023 elections and political developments.

The meeting, a members and Africa programme designed as part of a series of events and outputs examining Nigeria’s 2023 elections and political developments, will take place on January 16, 2023.

Director of Africa Programme at Chatham House, Alex Vines, disclosed during the hosting of Tinubu by the Royal Institute of International Affairs, that the presidential candidates of the Peoples Democratic Party (PDP), Atiku Abubakar, the New Nigeria Peoples Party (NNPP), Rabiu Kwankwaso and Labour Party’s Peter Obi, will also be invited to share their vision for renewing hope in Nigeria.

“Chatham House will host an event with INEC Chairman, Prof Mahmood Yakubu. We have invitations out to three other presidential candidates for this election in Nigeria,” Vines said.

While the dates for engagement with the other leading presidential aspirants are yet to officially be made public, The ICIR reports that this will be Atiku’s second outing, having made the first appearance in April 2018 ahead of the 2019 presidential election which he also contested.

Also, as a presidential hopeful, President Muhammadu Buhari was at Chatham House in February 2015 where he noted that peaceful alternation of power through competitive elections have happened in Ghana, Senegal, Malawi and Mauritius; adding that the prospects of democratic consolidation in Africa will be further brightened when the APC as an opposition took over power.

“While you can’t have representative democracy without elections, it is equally important to look at the quality of the elections and to remember that mere elections do not democracy make.

“It is globally agreed that democracy is not an event, but a journey. And that the destination of that journey is democratic consolidation – that state where democracy has become so rooted and so routine and widely accepted by all actors,” he said.

Some Nigerians are now questioning the rationale behind politicians going to Chatham House at each election season and whether it should be encouraged.

A curious Nigerian on Twitter BIshop ikmohit, wrote: “But why is Chatham House inviting Nigeria’s presidential candidates…will the candidates running for the office of PM honour the invitation of LCCI? Just thinking.”

Gerald Nduaguba shared the same sentiments when he said: “I have no problem with our leaders having interviews and debates, in fact it’s needed, or even going to foreign countries to talk to Nigerians and to share their ideas. But why do our leaders need to go to a British organisation to answer questions about leading our Nigeria?”

Another tweet by @Man_Nedu said it was a dangerous trend for African leaders to always see the need to speak on platforms hosted by European countries and advised the Labour Party candidate to boycott the meeting.
“I would prefer that PO doesn’t speak at this event. Why in the world should African politicians speak on platforms hosted by European countries? I honestly don’t get it,” he said.

However, some other Nigerians were of the opinion that such platforms would amplify the voices of African leaders in the diplomatic landscape, as it offers more visibility than the local organisations or institutions.

Jane Oiza said it is very exciting news that Obi has also been invited by Chatham House. “The world will see the difference, between the competence, preparedness, intelligence, the desire to serve and salvage what is left of our dear Country, and those who feel it is their entitlement to rule.”

In the same vein, Okoji Amarachukwu said: “Thank God we have another opportunity to redeem our image that was badly battered few days ago,” referring to Tinubu’s outing which has remained a subject of criticism.

The APC candidate has been slammed for delegating questions to his campaign members who were with him during his Chatham House address.