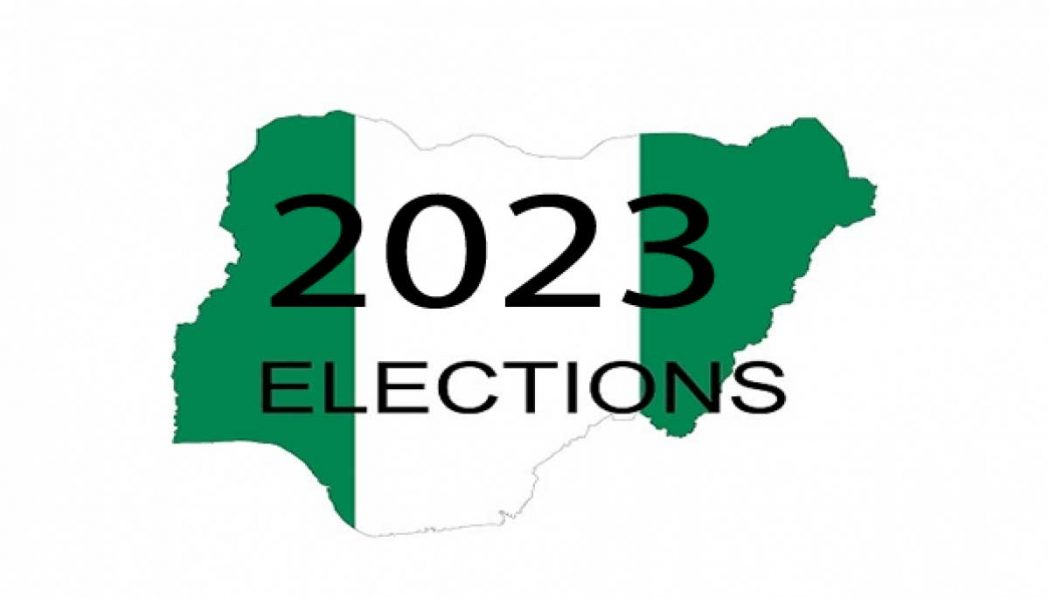 The Yorubas in their wisdom have aptly defined it. How? That the ultimate goal of an adventure should overshadow whatever means that may have been employed in the process of achieving it. In their parlance, it is ‘’Ti a o ba ti tori isu je epo, a o ti tori epo je isu’’, meaning if you cannot devour a yam piece because of its complementary delicacy ingredient like palm oil, you should employ doing it reverse. The aim here, according to them, is to quench hunger.

The 2023 presidential elections which would be held in February that will produce the successor of the current administration (a tragedy in all ramifications) must be the one that must be preempted and predetermined. In other words, its aftermath must be known, even before its processes are kick-started. That is what our dire need for good leadership has offered us. The gimmicks. The strategy. The methodology. Moral or perhaps immoral. Whatever we are using collectively as a People must be geared towards bringing in a responsible and responsive Nigerian president for Nigeria in 2023.

There is something lovers of modern football understand. It is c alled TACTICS. Simply put, it means the collection of a team manager’s game style, formation, players’ removal and substitution plan, positioning and usage of certain players during the two halves of a football match.

All of these plans are implemented for the accomplishment of just one goal —- to get a win or at worst, a draw. While some coaches do not detach themselves from their established philosophy of playing beautifully in every match, others do not have the luxury of time to do so. Jose Mourhino, the Portuguese-born coach readily comes to mind here. The result-oriented manager is one whose age-long philosophy supports the axiom of ‘’an end justifying its means’’ is one that appropriately explains the point I would be analyzing for my beloved country shortly.

We are not new to change of administrations in Nigeria. The independence and republic years of 1960 and 1963 respectively gifted us an opportunity to experience how the parliamentary system of government was practised. Federalism crept in along the way and all the four regions namely Western, Eastern, Northern and Mid-western that made up the federation competed against one another to ensure there was development in each region. Then soldiers came from nowhere. The akotiletas. Pretending to be better options to the problem of insecurity that was ravaging the entire country, that had begun in Western region, the military recommended itself. In those dark years of their reign, Nigeria’s only inter-ethnic war (even though those who have been killed and maimed since 2015 outnumber the civil war victims) also happened. They eventually returned to their barracks in 1979 after handing power to Alhaji Shagari, a grade 2 teacher and another un-prepared manager of our national affairs. It is a taboo to expect any magic to happen in a business that is run by lack of planning and preparation. It is better to just declare loss before even starting, and Nigerians were not surprised by the scorecards of that regime. The military got tired of their staying put in the barracks again as they had once known the taste of power. They toppled the civilian regime of Shehu Shagari, deceiving the Nigerian people again that they were better.

Ado Aleru Speaks On His Chieftaincy Title In Zamfara

They capitalized on the usual cluelessness, incompetence and insincerity of our civilian leaders for their own patriotic disposition. Between 1983 and 1999, which was the year that birthed our return to democracy, batons changed hands successfully, barring a seeming interruption in 1993 on June 12.

Nigerians spoke with one thunderous voice by massively voting for the clear winner in the person of MKO Abiola. The military president, General Babaginda had before then, maradonised the country with his intention to organize the general elections and return power to where it should be —- the Nigerian people. Talking about leadership, I think we have tried and had enough because successive managers of our patrimony have on different occasions, put forward their game plan in form of public policies and programmes.

They have brought on board, different players or ministers to help in getting the programmes executed to the best of their ability, but here we are, stagnant. Depending on their past successes in their respective callings —- private or public sector, so many individuals were given portfolios or in football term, formation. In all of these, Nigeria has neither recorded a win nor a draw. If the above analysis should be used as in the case of Nigeria as a nation, there is no way our Nigerian Mourinho would be regarded as one of the best coaches in the world. Not only should we not deserve to be crowned any title, we need to be punished with relegation stack reality.

Trophyless! It is time for change of tactics. And the tactics we are employing at this precarious period of our national life must be intentional, to begin with. How we are making this a reality does not really matter, but the goal we are targeting is.

In research methodology, one of the major challenges of every researcher is the unpredictability of man. And this also applies to the typical aspirant of the highest political office in the land. As much as the Nigerian masses cannot afford to make an error of electing another wrong personality to be at the helm to manage our economy so that we can witness rapid and sustainable improvement; secure our land to allay fears that have prevented our farmers from farming, reassure us that we can now close our eyes to sleep without apprehension from any tribesmen, make policies that would encourage foreign investment, ensure jobs are available for our ever-increasing youthful population, redeem the image of the country which has been terribly battered on the global stage, curb the shameful free fall of our currency value, reunite the Nigerian people who have never lived and related with one another with so much suspicion like we do now, take the education of our undergraduates with every seriousness that it deserves, we are also wary of the pretense of these presidential hopefuls. Man’s intents can be very deceptive.

Democracy, which remains the only popular and internationally recognized platform to effect change of status quo does not look too good enough for the radical change the country will be needing after this administration ends. The radicalism, purposefulness and deliberateness of the individual at the helm may be our saving grace.

The social media has been used as a platform to begin the much-needed sensitization of our people. And I totally support the rigour with which Nigerians are using and embracing it. The political class clearly know how potent that section of media can be, to influence decisions of the populace. The urgency and frequency with which some aspirants take to respond to issues that are directly targeted at them should confirm to everyone of us that they do not underestimate the power of social media, essentially at this period. This must be sustained.

It is also commendable that even the presidential candidate of the ruling party is well aware of the pitiable situation that the country is in. The other candidates have kept on using every forum or platform they have had to criticize the dismal performance of the current administration. If the people of Nigeria can exonerate the two other leading candidates on the excuse that their party left power almost eight years ago, I am earnestly waiting to see how the APC candidate will put up his defense for the abysmal state of affairs we are witnessing in the country. Patriotism for ones beloved country transcends wearing military uniform or khaki where you are seen defending her territorial integrity, it also encompasses the use of whatever means which is conveniently at your beck and call for effecting that desirable change your country needs.

The social media has proven to be one of those tactics. Tinubu, Atiku and Obi understand its language loud and clear. We must continue to use it because one of these individuals will succeed the current president in 2023.