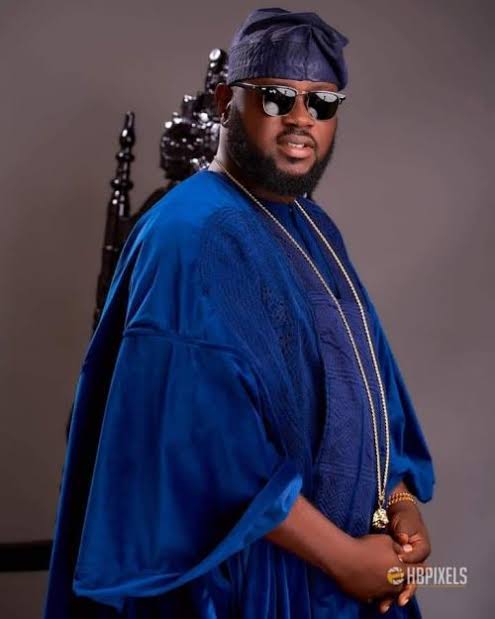 Abidemi Rufai, Senior Special Assistant (SSA) on Housing to Governor Dapo Abiodun of Ogun state, has been arrested in the United States for allegedly defrauding the Washington State Employment Security Department of over $350,000.

A statement by the U.S. Attorney’s Office for Western District of Washington on Monday said Rufai was arrested on Friday evening at the JFK Airport in New York. He worked the alleged fraud under the alias Sandy Tang.

Although the Department of Justice did not release Rufai’s mugshot because it is prohibited by the Privacy Act, checks by Apples Bite Magazine revealed that the man arrested in the U.S is the governor’s aide.

The Ogun state government told Apples Bite Magazine that it could not confirm the identity of the suspect.

Next Read: Video: Indians Discard Idols For Not Protecting Them From COVID-19

“I’m just hearing about this, and I can’t confirm whether it’s true or not, you can check back tomorrow,” Ogun state Commissioner for Information and Strategy, Waheed Odusile told Apples Bite Magazine on Monday evening as he requested that the statement by the Department of Justice be sent to him.

Odusile did not respond to phone calls from Apple’s Bite on Tuesday morning. He only acknowledged a text message sent to him with ‘thanks’. He refuses to comment on the developing issue.

Emily Langlie, Communications Director for the U.S. Attorney’s Office Western District of Washington also told Apples Bite Magazine in an email on Monday evening that “I am unable to provide a picture or confirm that the picture you have is of the defendant.”

Rufai, 42, according to the DoJ is partly based in Lekki, Lagos and he stated on his Facebook profile seen by Apples Bite Magazine that he lives in Manhattan, New York.

His charge document sent to Apple’s Bite Magazine by the DoJ says he was arrested at the airport on his way to board “Royal Dutch Airlines flight KL644 at John F. Kennedy International Airport (“JFK Airport”) in Queens, New York to Amsterdam, with a final destination of Lagos, Nigeria.”

He is being charged with alleged wire fraud for a scheme to steal over $350,000 in unemployment benefits from the Washington State Employment Security Department, using the identities of more than 100 Washington residents during the COVID-19 pandemic in 2020.

“Rufai also filed fraudulent unemployment claims with Hawaii, Wyoming, Massachusetts, Montana, New York, and Pennsylvania. Rufai used variations of a single email address in a manner intended to evade automatic detection by fraud systems. By using this practice, Rufai made it appear that each claim was connected with a different email account,” the statement said.

Acting U.S. Attorney Tessa Gorman said Rufai caused the fraud proceeds to be paid out to online payment accounts such as ‘Green Dot’ accounts, or wired to bank accounts controlled by “money mules.”

“Some of the proceeds were then mailed to the Jamaica, New York address of Rufai’s relative. Law enforcement determined more than $288,000 was deposited into an American bank account controlled by Rufai between March and August 2020,” said Gorman who assured that more arrests will still be made as investigations are ongoing in the ESD fraud.

Rufai made his initial appearance on Saturday May 15, 2021 in New York, and is scheduled for a detention hearing on Wednesday.

A trial date has not been fixed and Emily told Apples Bite Magazine that “his next hearing is a detention hearing Wednesday 5/19/21 in EDNY [Eastern District of New York, a federal district court].

“If the grand jury indicts Mr. Rufai, he will be arraigned and a trial date will be set. Those hearings would happen in the Western District of Washington.”

Rufai, an alumnus of the Olabisi Onabanjo University (OOU), Ago-Iwoye in Ogun state, was appointed SSA to Abiodun less than a year ago, in August 2020.

His Instagram page, which had 96 posts and more than 4,000 followers as at 11pm on Monday May 17, was locked when Apple’s Bite checked again at 3am on Tuesday May 18. All the posts on the page have been deleted.

Most of the posts on the IG page seen by Apples Bite Magazine before they were deleted are photos of Rufai and Dapo Abiodun.

Meanwhile, Abiodun, on Tuesday, announced that Rufai has been suspended as one of his aides.

“While the Governor cannot be held responsible for the actions of a full grown adult, especially outside the jurisdiction of Ogun and Nigeria, he has since suspended the suspect from office to enable him answer the charges levelled against him,” Somorin said.

A source who would not like to be mentioned was shocked to hear about Rufai’s arrest for fraud when Apples Bite Magazine requested for comment about him.

“I’ve known Ruffy for a long time, he was into real estate then and he has been working with Dapo Abiodun,” says the source who described Rufai as a philanthropist.

Findings by Apples Bite Magazine also revealed that Rufai is the MD/CEO of Ecobet, a sports betting company registered with the Lagos State Lotteries Board as Payquick Gaming Company Limited. The company is listed among operators that have been suspended by the state government.