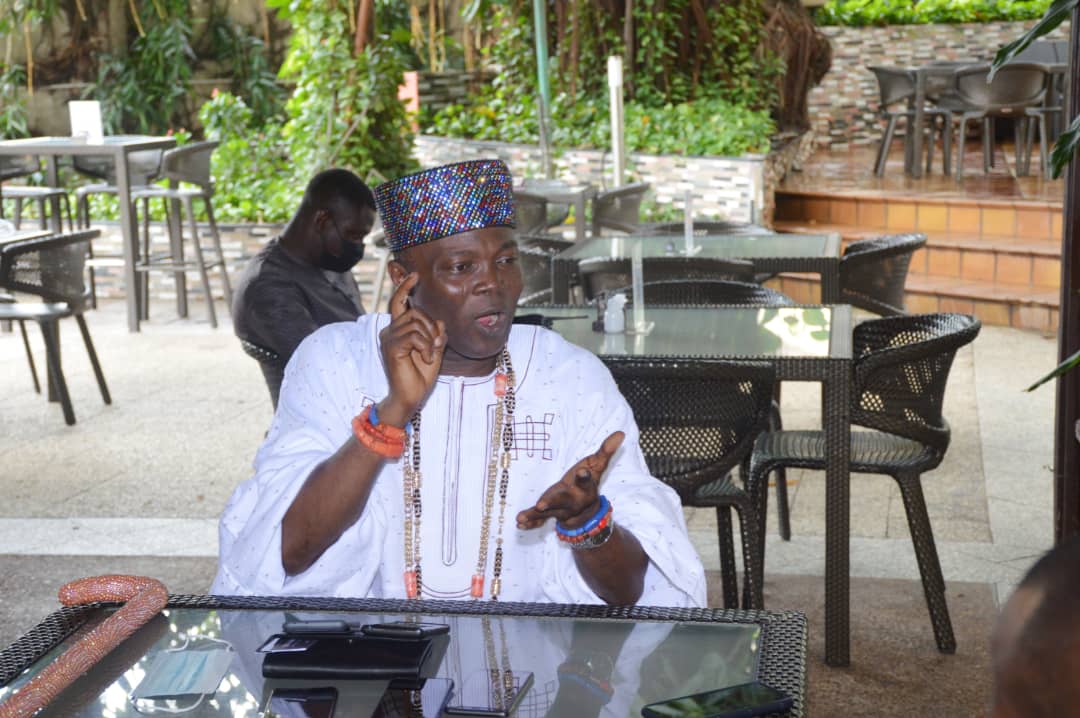 In Nigeria today, there are about 27 Owu settlements across the country. However, the connecting factor between these communities is that they are all descendants of Ajibosin, a grandchild of Oduduwa, Olowu of Owu Kuta in Osun State, Oba Hammeed Adekunle Oyelude Makama, Tegbosun III, explained to Apple’s Bite Magazine.

He explained, “We have many Owus in across the country. The link between all of us is that we are all one. We all hail from the same ancestral background. We are sons and daughters of Ajibosin. Here are some Owu kingdoms: we have Orile Owu, Owu Epe, Owu Kuta, Owu Ilemowu, Owu Telemu, Owu Isin, Owu Abeokuta, Owu Ile, Owu Ijebu, Owu Epe Ijesa, and Owu Ikosi. There are others. We have about 27 Owu settlements in Nigeria and in the Diaspora. Those are the places where we are mainly beaded Owu crown kings.

Speaking further, Olowu Kuta, who is the Chairman of Supreme Council of Owu Obas, likened the Owu people to the Jews of Africa.

“Like the Jews spread across the world, after the Holocaust, so are the Owus spread across around the world. The Owus are descendants of Ajibosin, the grandchild of Oduduwa. Ajibosin was the son of Iyunade. As a baby, whenever Oduduwa carried Ajibosin on his legs, he would cry, until Oduduwa removes his crown from his head and wears it on Ajibosin’s head.

“By implication, the elders of the land advised Oduduwa that two kings should not superintend one community. They told him to move Ajibosin out of Ile Ife. The elders went to Ifa for guidance and the oracle directed them to take the child out of Ile Ife and stop where they saw footpaths of an elephant.

“The Ifa told them to settle there. They moved from Ife and settled somewhere called Ago Owu in today’s present Orile Owu between Gbongan and Ife bounded by Ijebu Igbo on the northern side. From there, the settlement started growing. We in Owu Kuta left Ago Owu in 1425 and settled here in Kuta. That is what differentiates us from other Owus because other Owus left Orile Owu in a situation similar to the holocaust after the war. The Owus disintegrated in 1820, but we in Owu Kuta left that first settlement in 1425.

“It is hard to find any race in Nigeria that has the population and spread of the Owu and it is hard to find a race in Nigeria today that has contributed to the national growth and development more than Owu people. Look at the likes of (Olutayo) Aderinokun that founded GTBank. Look at (Wale) Babalakin, he is an Owu man. Look at the jobs he has created. Now let us come to the big elephant, General Olusegun Obasanjo (retd.). Privatisation, GSM (Global System for Mobile communication) and other things that he did as the President of Nigeria are still there. Whichever way we look at it, Obasanjo as an Owu man, has contributed to the national development than any other person,” Oba Oyelude enlightened.