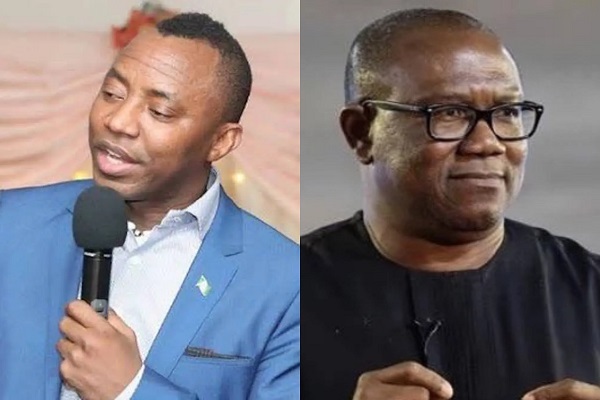 The LP flag bearers met with the former military leaders at their residences in Minna, Niger state capital.

Obi said they had insightful conversations on the state of affairs of the country with Babangida.

“Today, my running mate, Dr Yusuf Datti Baba-Ahmed and I visited President Ibrahim Badamosi Babangida, GCFR, at his home in Minna. He received us very warmly and we had insightful conversations on the state of affairs in our country,” he tweeted.

Reacting to the visit, in a tweet on Sunday, Sowore said Babangida and Abdulsalami looted Nigeria’s treasury and killed its citizens.

The activist accused the former heads of state of planning to put Obi and Baba-Ahmed whom he called their minions in power.

He wrote, They robbed Nigeria blind, they murdered its citizen, they sabotaged its aspirations for greatness and now they’re hanging precariously to life yet they want to hand the country over to their apprentices, accomplices, minions, and cronies!