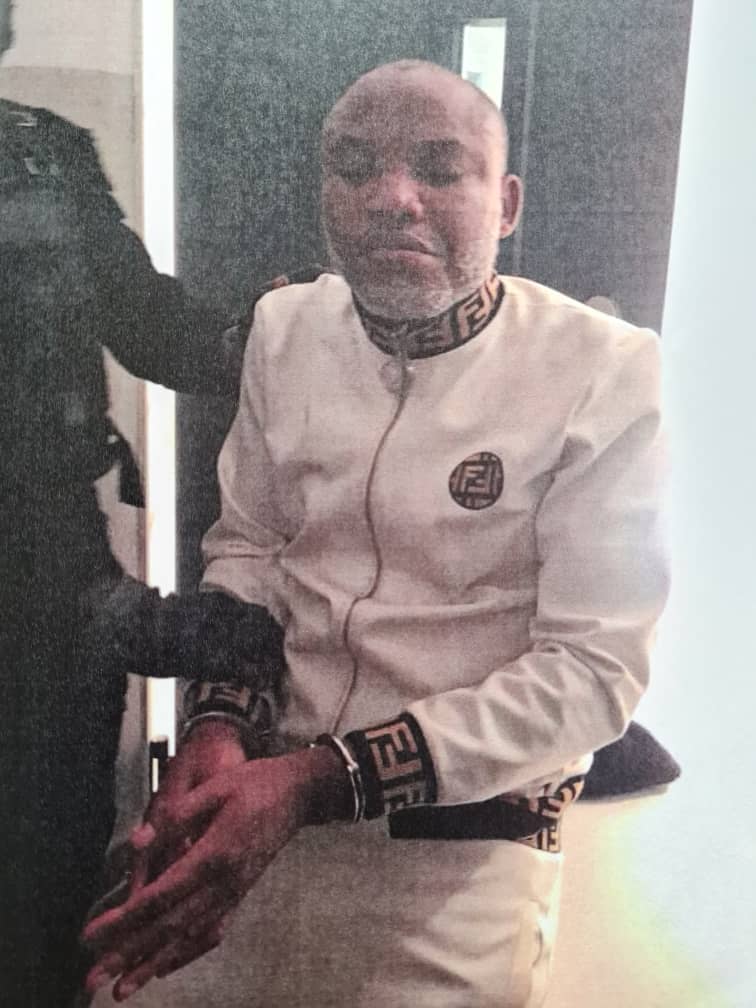 The British High Commission has spoken on the arrest of Nnamdi Kanu, leader of the Indigenous People of Biafra (IPOB).

Dean Hurlock, a spokesperson of the British High Commission said while they can confirm Kanu’s arrested, he was not picked up in the UK where he is based.

Abubakar Malami, minister of justice and attorney-general of the federation, had told journalists in Abuja that Kanu was picked up on Sunday due to “the collaborative efforts of Nigerian intelligence and security services.”

According to Hurlock, “Nnamdi Kanu was not arrested in the UK for extradition purposes.”