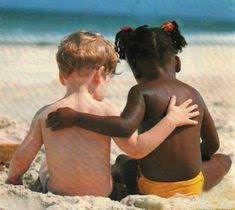 Sometimes ago, I was teaching a group of young students and was curious about their views on how they talked about Nigeria – blacks – in comparison to those from the West.

I decided to probe further to evaluate their perception. I drew a table on the board as displayed in the picture below.

With enthusiasm, one after the other, I wrote their opinions on the board as they laughed and voiced their views. I asked to be sure. Are these what you think of blacks and whites? They all laughed and said yes. To help them really understand what their definition means. I instructed, kindly draw this same table in your notes. Write everything down as show on the board.

“Now do me a favour. On the title column where you wrote Black, erase the word black and put your name there.” They all paused. Thought through it. Looked at me and the class went silent. No one laughed.

They all got the message and the picture was clear to them without saying a word.

Shortly after, the class became rowdy again as they all declined.

Laughing and echoing, Mr. Julius, these qualities don’t define me. Me I’m different.

I said, Oh…you’re different now? What you don’t know is that “you’re always the black man”. The black man is never a stranger or some random person out there. It’s you! And if you disagree with those labels/definition of yourself.

Then it means you want to disagree with your general label of a black man as well. They laughed as though they were confused yet got the picture.

Here’s the thing. When we get personal, our understanding and perception of a lot of things suddenly changes. Our inherent biases and label with certain things may never be obvious to us until we get personal.

Now these are not white kids. These are black kids. Imagine if you were shown a video of some white kids saying these things about blacks.
Many will probably get offended. But rooted in our Psychology, is a racial damage that is not just in a white man, but has equally eaten deep into a black man’s definition of himself resulting in self-hate, tribalism, and xenophobia on fellow blacks.

This doesn’t mean my students were been unfair towards their own race. No! They were simply mirroring the racial indoctrination they have overtime seen and learnt from the society they live in. This is quite similar to the “Doll Test” experiment.

It’s not enough to change people’s perception by merely complaining, blaming and pointing fingers. It’s equally important Africans change the systemic patterns that creates those perception. We must invest in creating new realities that properly depicts what a black man and what his society represents by transforming our political culture/leadership, strengthening our economy, re-engineer our education system, physical infrastructures and the environment a large.