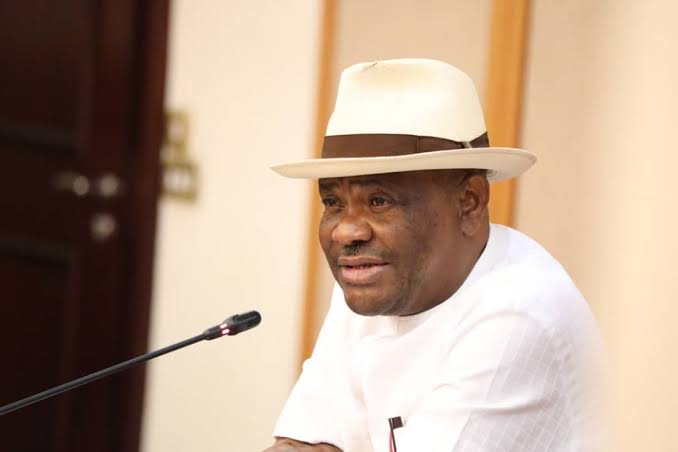 Gov Wike who spoke on a live TV interview in Port Harcourt, monitored by Apples Bite Magazine, on Friday, accused the Ayu of collecting N1 billion from party members in Lagos.

He said: “Ayu is corrupt. Quote me. I am a lawyer and I am the governor of Rivers State. Ayu collected N1 billion in Lagos.

“He told one of the PDP presidential aspirants before the primary that the governors were not ready to fund the party.

“I know how the money was arranged and those involved in packaging the money. He collected the N1 billion. Let him come out to tell Nigerians it is not true and I will reveal more”.

Similarly, Gov. Wike also accused former Senate President, Senator David Mark as the arrow head of the syndicate that obfusticated the process that led to the emergence of Alhaji Atiku Abubakar as the party’s 2023 presidential candidate, a development that led to the revolts by past and present leaders of the party.

The primary election which held on
May 28, 2022, saw former Vice-President, Atiku Abubakar, emerged the presidential candidate with 371 votes.

Atiku polled 371 out of the 767 accredited votes to defeat his closest rival, Rivers State Governor, Nyesom Wike, who polled 237 votes.

Dele Momodu and Ayo Fayose, Charles Ugwu, and Chikwendu Kalu scored zero votes each, while Tarella Diana and Sam Ohuabunwa each received one vote each.

In the primary, Wike had expected to win on accounts of being a southerner in line with the spirit of equity which underlines a 2023 southern president given that the outgoing two-term President hails from the north.
But that was not to be.

Wike got further infuriated when he was not picked as a running mate to Atiku.

The governor, alongside other strong members of the party, have orchestrated a revolt calling on the national chairman of the Party, Senator Iyorcha Ayu to resign.

He accused David Mark of working in favour of Atiku to emerge.