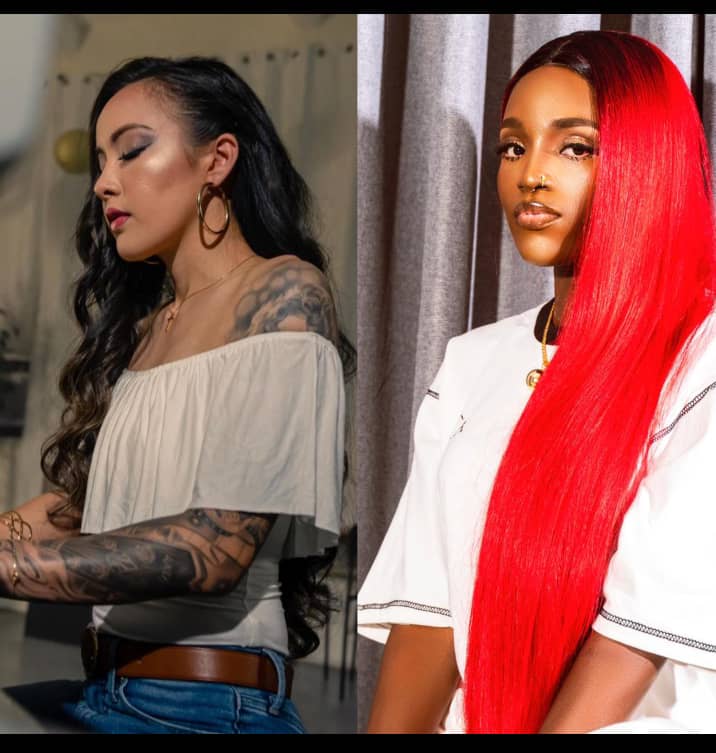 This new single, we gathered that will be released by January 2022.

However, on why she featured Tatiana Manaois, Bukunmi exclusively told Gbolahan Adetayo that, “Who wouldn’t love Tatiana? I mean everyone who has heard Tatiana ends up falling in love with either her voice or her lyrics. She is one unique singer i have loved since the first time i heard her song titled “Like you”. Anytime i’m down, I listen to her songs. Her songs reminds me of how strong i can be, even when i can’t find my strength. I started listening to more of her songs and watching her videos, Trying to know more about her and how she comes up with those deep words in her lyrics. I realized she isn’t really into social media like that. Let me say we share some few things in common, Like she is a bit introverted too. In her space, selective circle, lover of family and christ, making good music that change lives and touches people. She is everything I love in music and any amazing simple person. I love deep songs too. And i’m always particular about messages. I believe music is not just about making people dance, exposing your body in videos, All for trends and money. A lot of people make good music out there basically for the love of it. Tatiana is one of them, and i am equally one. So i know we would be making a good music if we work together. Something deep that people won’t stop listening to so soon.
It wasn’t so easy to get her for this collaboration, but you know how God works. Grace. That’s my name. Grace found me again. Don’t let me allow the cat out of the bag yet because a lot is coming”, she said.

On her plans for the new song, Bukunmi further said, “Actually we have been on this for a while, and when i eventually finished recording the song with Tatiana, I have played it for some of my close pals and mentors to listen and comment, so i can know their opinions. The response have all been awesome. Most of them were even surprised on how i got to make such huge choice and took the bold step. Because i was supposed to be working on my album which i am planing to launch next year. But i decided to stick with this track first because it’s all shades of amazing for me. So i’m dropping this specially first, and they suggest we would still go on with the launching. So we would be launching just this song. It won’t be a party thing because i’m not really good with parties. It would be an open launching online. So anybody who is willing to support the project through launching would do that online for the world to see and appreciate. Their support of course would be greatly appreciated”, she said.