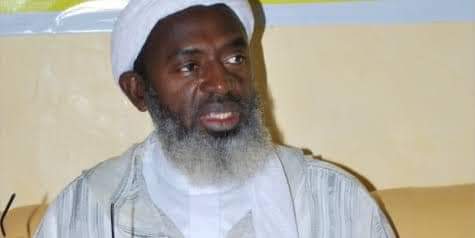 I present to you six (6) sets of paradoxes reflecting on the circumstances of the ‘Realist’ and the ‘Activist’, without prejudice to the intelligence reports available (or not) to the government:

While Gumi, for the sake of his beleaguered people and communities, is up and about, dialoguing with bandits, who may or may not be as Fulani as their hapless victims; Igboho, in apparent empathy with the gnashing desperation and unchecked killings of his people and communities, has risen with uncharacteristic boldness to confront and disperse criminal elements and suspected rapists who happen to be Fulanis. 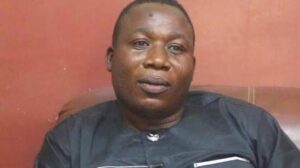 Whereas Gumi, in unusual understanding of criminal psychosis, has impressed it on government that amnesty and hefty pay-off could motivate, and rehabilitate, the bandits to stop their criminal activities in the North; Sunday Igboho, on the contrary, has insisted that herdsmen who moonlight as highway robbers, forest kidnappers and such perverts of high crimes should be forcibly escorted out of the Southwest.

While most of the Northern governors, with especial exception of Nasir el-Rufai and Samuel Ortom, have shown great adaptability and acceptance of the Gumi overtures; apart from the Ondo gentleman having a subtle understanding of the Igboho calvary concept, the Southwest governors have shown something akin to contempt for the garrulously gallant vigilante.

Whereas, a federal minister is quick to articulate the deft diplomatic incursions of Gumi in the intractable security mess that the Northern forests have become; his Southwest counterpart is met with deafening silence, similar to how hopeless parents deal with vagabond kids – just ignore the blemish until something or someone gets rid of the irritant.

It is clear to Gumi that the abductors, kidnappers, killers of the North are not bandits or terrorists, and would be largely swayed to be less vicious and murderous by deodorising them in platitudes and accolades; however, to Igboho and his band of frantic supporters, the fleeing accused nomads, of whatever tongue or tribe, should stay away from Yorubaland – for ever!

Finally, while Gumi sits in sartorial flourish, fielding questions from journalists, alongside grateful governors, after one of his forest diplomatic shuttles; Igboho is striding half-naked blistering through the highway surrounded by vehicles and men of our law enforcement services, in an alleged attempt at preemptive interview invitation.

In one country, divided beautifully by two great rivers, it seems state actors are delivering different directives, actions and reactions to issues that appear similarly anti-people and threatening to our national interest and peaceful coexistence.

Food for thought: Can we switch the two gentlemen above? How will the same actors and protagonists respond in switched geopolitics?
Imagine a well-respected religious leader, in the south, entering the Ondo Forest Reserves, to intercede, empathize, and negotiate with the much publicized kidnap-artists (let’s be nice)!
I leave you to visualise the end of such an adventure.

Let’s wake up, Nigerian people, and smell the coffee… It’s but a little time, before the creaking dam breaks.