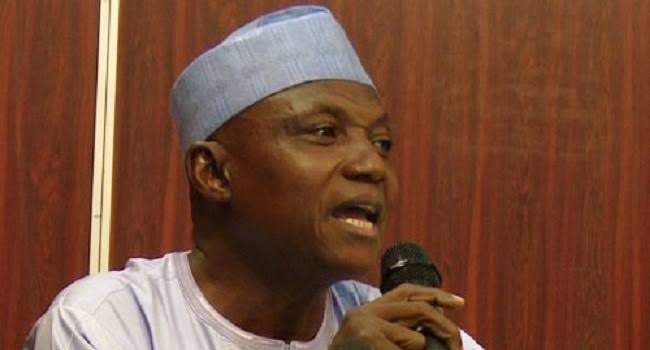 Prominent Nigerians, including the immediate past President-General of Ohanaeze Ndigbo, Chief John Nwodo; a chieftain of Afenifere, Chief Ayo Adebanjo and the Chairman of the Arewa Consultative Forum, Chief Audu Ogbeh, on Thursday said there was an urgent need to restructure Nigeria for it to attain its full potential.

They made the call at the 18th Daily Trust Dialogue with the theme: ‘Restructuring in Nigeria: Why? How? When?’The prominent Nigerians suggested that the country should be restructured to make Nigeria work for all citizens.

But in an interview with Punch, the President’s Special Assistant on Media and Publicity, Garba Shehu, said it was only the National Assembly that was empowered to restructure the country. He, therefore, advised proponents of restructuring to approach the legislature.

On his part, the Spokesman for the Senate, Ajibola Basiru, described restructuring as a slogan. He called on advocates of restructuring, who had submitted memoranda to the Senate Committee on Constitution Review to meet their senators with a view to educating them better on the type of restructuring they were advocating.

In his remarks at the summit, Nwodo said, “We must restructure to revamp our agriculture. When I speak of restructuring, some of my northern Nigerian friends have suggested to me that I do not want the North to partake in the oil revenue of Nigeria. “Well, I have just outlined the indisputable fact that oil is a fast-drying resource for earning foreign exchange. The truth is that the reliable source of revenue now is agriculture.