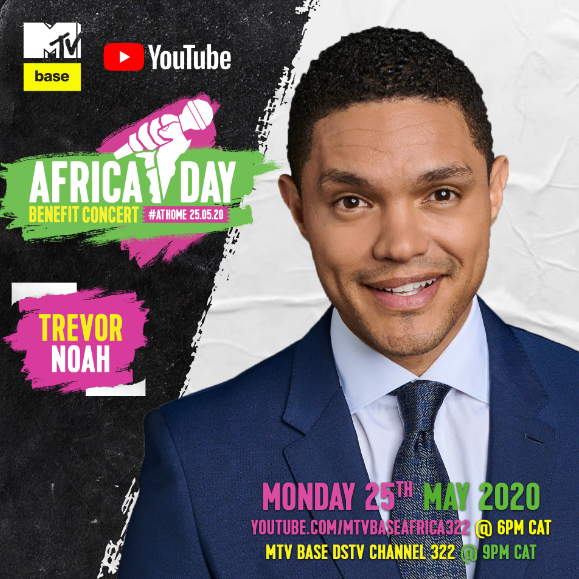 So you’ve probably heard through the grapevine that ViacomCBS Networks Africa and YouTube are putting together a concert in celebration of Africa Day. Yes, the rumours are true, and below is everything you need to know about the Africa Day Benefit Concert.

Idris Elba. Sometimes he’s an actor, sometimes he is a DJ, other times he’s being fan cast as the next James Bond, but on Monday, Mr Elba will be playing host at the Africa Day Benefit Concert and if you needed a good reason to tune in, this is one.

Everyone’s favourite comedian is making an appearance. That’s right! The Trevor Noah is scheduled to “show face” and we know that is going to come with a whole lot of rib-cracking moments.

Oh and he’s not alone. Ludacris, Sean Paul, Fat Joe, French Montana, Winston Duke and a whole lotta international superstars are on the bill too.


120 minutes of non-stop entertainment. The concert will run for 2 hours with performances and special appearances from over 70 global and local stars.

And the best part? It’s all for a good cause! The concert’s main aim is to raise funds to support food and health needs for children and families in Africa affected by the COVID-19 pandemic. All proceeds pre and post the virtual concert will be directed to The World Food Programme and UNICEF.

Where to watch: YouTube! The concert airs on MTV Base Africa’s YouTube Channel from 5 PM on Monday. And if you’re worried about your data or just want to catch a repeat, you can tune in to MTV Base (DStv channel 322 and GOtv channel 72) at 8 PM to watch! 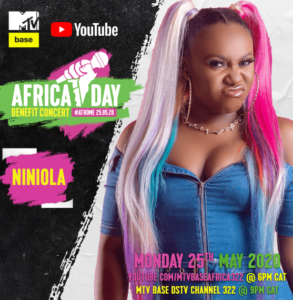 If you catch Davido hitting an unbelievably high note, or Idris Elba busting a Zanku, you can share with your friends on social media using the hashtags #AtHome #WithMe #AfricaDay #AloneTogether