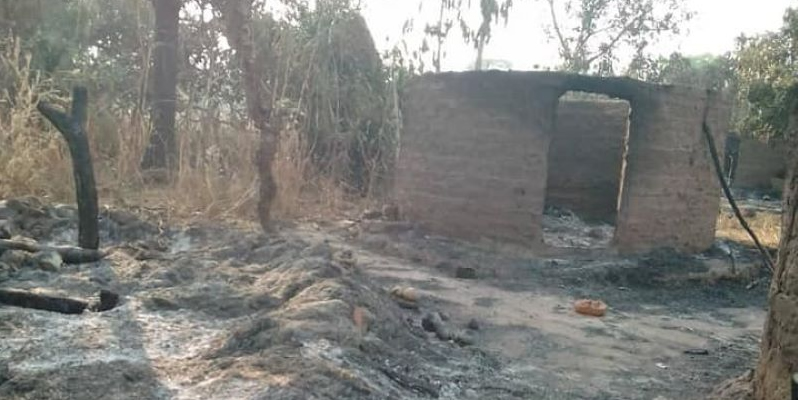 The attacker, who invaded the community on Sunday also burn down over seven houses in the area.

According to PUNCH, Ohaogelode is a neighbouring community to Effium, Ohaukwu LGA, which has been enmeshed in a protracted intra-communal war.

The crisis, which is between Ezza-Effium and Effium natives in the Ohaukwu council, has claimed many lives and led to the destruction of property worth billions of naira.

More than 4000 people have been displaced from their houses.

A video clip of the latest attack, captured one of the victims burnt to death beside a building, which was on fire.

Another dead victim, a pregnant woman, could be seen in the video with machete cut injuries all over her body.

Sources said no fewer than six persons were killed and over seven houses burnt by the invaders.

The Chairman of Ohaukwu LGA, Ebonyi State, Clement Odah, who condemned the attack in a statement on Sunday, said, “Ohaukwu council has received with concern a report of the unfortunate incident at Ohaogelode village in Ishieke community.

“The council condemns the incident in strong terms and reassures all that no stone will be left unturned to unravel the circumstances that led to such avoidable loss of lives and property.

“The council has initiated a spirited and discreet investigation to unveil the perpetrators of the act and ensure that justice is done.”

The state Police Public Relations Officer, Mrs Loveth Odah, said she had yet to get a report on the incident.