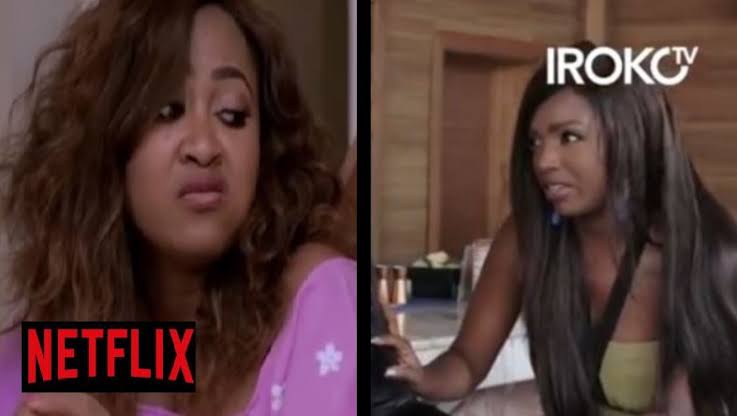 In order to maintain its grip on the Nigerian market, American company, Netflix, reduced its subscription price for Nigerians to access its streaming platform Netflix rise in Nigeria has been challenged by domestic companies from Iroko TV, Nevada BridgeTV, CongaTV, SceneOneTV and many more Streaming companies in Nigeria have been competing with affordability, as well as unlimited contents to attract more subscribers.

As competition hots up in Nigeria’s movie streaming market, Netflix has crashed its subscription price to compete for the growing digital population of the country.

The American streamer is rivalled by the likes of Iroko TV, Nevada BridgeTV, CongaTV, SceneOneTV, which is owned by Nollywood actress, Funke Akindele, and other smaller video on demand companies. Netflix’s mobile-only plan will be competing with that of IrokoTV, which also has its package for movie consumers within the country and other African markets.

Commenting on the price slash, VP of Product Innovation at Netflix, Keela Robinson, said: “We always want to make it easier for members to access their favourite series or movies regardless of language, device, connectivity, or location.

Netflix introduced a new payment model, mobile-only subscription plan, knocking its fee to N1,640 [$3.99] per month for users interested in its multicultural entertainment offering. Its closest rival, in terms of subscriber base of over one million downloads, IrokoTV, currently charges N10,000 [$24.30] per year for access to its Nollywood-focus on-demand platform.

SceneOneTV is also one of the rising movie streaming platform in Nigeria with over 100,000 downloads since it launched the mobile app over two years ago – users are charged N600 [$1.5] With over 10,000 plus downloads, Nevada is offering its limited Nollywood third-party and Original archive at a low price point of N750 [$1.82] per month.

Nevada is competing against Netflix and IrokoTV, both of which have global recognition, deep pocket investors, and almost-unlimited collections. This has informed the company’s decision to drop the entry barrier with low price and position itself among low income earners, however, this is not enough considering content is king.

Netflix and IrokoTV are competing with unlimited contents and global award consideration, a unique selling points that is largely missing in SceneOneTV and Nevada BridgeTV – making their challenge for a larger market share through competitive price a struggle.