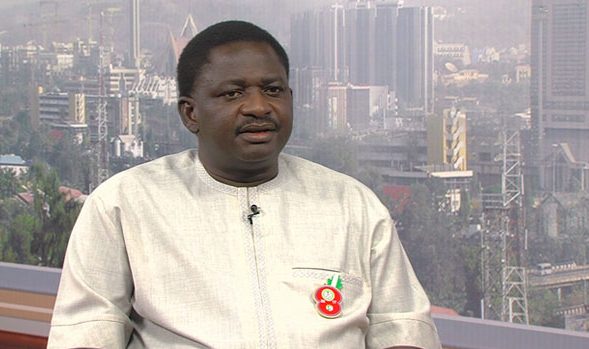 About the state of the nation, as it concerns security, S A to President Buhari on Media and Publicity, Femi Adesina writes.

is It amazes, even confounds, to hear some people say President Muhammadu Buhari should go after Boko Haram terrorists and bandits with the same gusto he has displayed against separatists in the country.

Amazing and confounding because what the Buhari government does daily in the North-east, North-west, and North-central parts of the country, where terrorists and bandits abound, is send them to God to answer for their crimes.

Next Read: Big Brother Naija is Satanic, Should be Shut Down –Ex-housemate

This much has been confirmed by the Chief of Army Staff, Lt Gen Faruk Yahaya.

Hear the Army Chief, on the day he was decorated with his new rank: “That’s what we have started doing already. Many of them have been sent to God to answer for their crimes, and we will continue to do that.”

President Buhari had ordered the security forces to crush all violent criminals and those sponsoring insurrection in the country, vowing that they would be treated “in the language they understand.” And it is happening without let or hindrance, without fear or favor.

Why then do some people claim that certain troublers of the country are being treated with softer hands, than some others? This could be due to deliberate ignorance, mischief, or pure hatred. Those who keenly follow the war against insurgency and banditry in the northern part of the country, and who want to be honest, would admit that no quarter is boing asked, and none is being given. Every effort is being made to extirpate the evil from our body polity.

PR Nigeria is a pioneer Press Release distribution agency in Nigeria. It keeps the country abreast with what is happening, particularly on security and defense matters. For a graphic picture of what has been happening in the anti-terrorism/banditry war, let’s look at some of the information that had been disseminated in the past eight months, or thereabouts.

On January 7, 2021, PR Nigeria reported: ‘Nigerian troops eliminate 30 terrorists in an ambush..’ This happened at the Timbuktu Triangle, along Kara and Gorigori axis of Borno State.

Ten days later, on January 17, this was the despatch: ‘Air troops hit Boko Haram convoys, kill many terrorists in Marte.’ According to the report, scores of terrorists were neutralized in their bid to attack Marte, in Borno State.

On February 23, Marte was in the news again, after the terrorists had launched an attack, seizing the town temporarily: ‘Nigerian troops recover Marte, scores of terrorists killed.’

On March 9, this was the news item: ‘Nigerian troops eliminate 33 Boko Haram fighters.’ That happened at Chikingudu, also in Borno State.

Buhari not treating Boko Haram with iron hand as he does separatists? Hear this one from PR Nigeria, on March 21: ‘NAF helicopters kill dozens ISWAP/Boko Haram fighters in Damasak, destroy 4 gun trucks.’

Three Commissioners in the Borno State government were reportedly traveling from Monguno to Maiduguri, when their convoy came under attack. The assailants paid a heavy price for their foolhardiness.

Check this one out, on April 16: ‘Troops eliminate ISWAP commander.’

Bukar Gana Fitchmeram (a.k.a Abu Aisha) and scores of his fighters fell to the firepower of Nigerian troops, following their attempt to avenge the earlier killing of 12 high value ISWAP commanders in Mobbar Local Government Area of Borno State.

And on August 3: ‘Troops kill scores of ISWAP/ Boko Haram terrorists at Bula Yobe, Jabullam.’ No less than 37 of them bit the dust.

These are human beings, not banana suckers, who had sadly been misguided, mis-oriented, misdirected. Human beings, the crown of God’s creation. What else can society do, than to take them out, so that the decent majority can live in peace? Sad, very sad.

How about bandits, especially in the North-west and North-central? The Buhari government is cleaning the country of vermin. The baby that swears that his mother will not sleep, will himself keep forceful vigil.

Checklist in some months past.

February 9, 2021: ‘After the death of 23 persons, NAF aircraft eliminates scores of bandits in Kaduna LGAs.’

May 5: ‘NAF aircraft eliminates congregation of bandits in Birnin Gwari.’

July 13: ‘NAF fighter jets eliminate 120 Zamfara bandits in Sububu Forest.’ And on, and on, and on…

All over the country, terrorists, bandits, kidnappers, all types of criminals are being spoken to in the language they understand. And victory of good over evil is sure, inexorable. Yet some people say they see nothing that government is doing. Pitiable souls. Of all men most miserable.

May God bless our troops. May He protect them, reward their labor of love. As for the cynics and septics, may God have mercy on them, open their eyes, and help them not to hate their own country any longer.