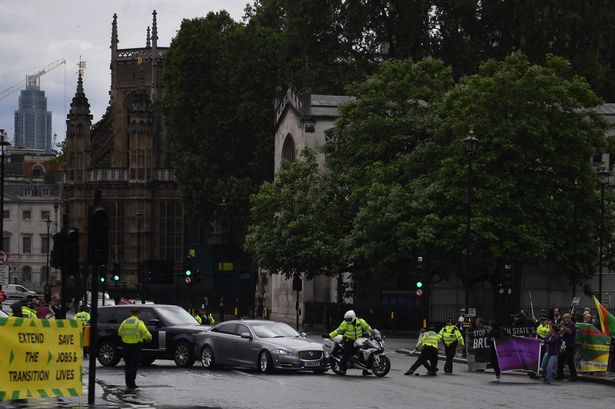 Prime Minister, Boris Johnson was on Wednesday involved in an accident.

The incident happened just outside Parliament on Wednesday afternoon.

According to CNN, the Prime Minister’s car was hit in the back as his vehicle made a sudden stop after a protester “ran out into the road”.

A security vehicle is thought to have hit the back of his car outside Parliament.

The protester has reportedly been arrested after the incident.

Johnson’s official spokesperson confirming the crash said the Prime Minister was unhurt in the incident.

“Yes, the video crash was the PM’s car, I think the video speaks for itself as to what happened.

“No reports of anybody being injured,” he added.