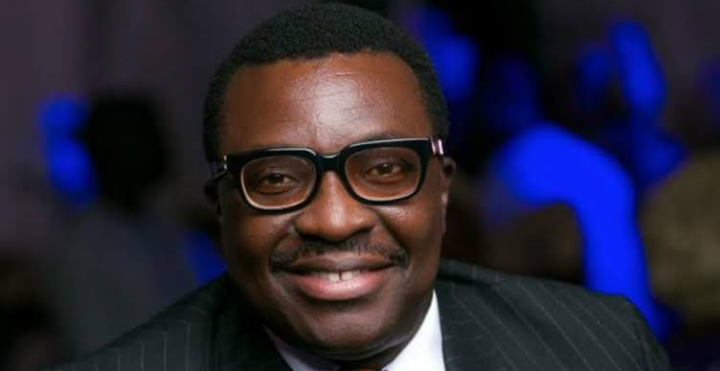 Since his appointment as Chairperson of the Creative Industry Covid-19 Advisory Committee, Veteran Stand up Comedian and actor Atunyota Akpoboriome popularly known as Ali Baba has come under criticism in some spheres within the creative space.

There is the conjecture making rounds that the entertainment impresario had allegedly induced the government with his covid-19 financial donation to earn his recent appointment to sit on top of the Creative Industry Covid-19 Advisory Committee.

Reacting to this claim, Ali Baba in a recent conversation with Apple’s Bite International Magazine, dismissed the allegation as lacking substance, but rather passed it as a contrived theory construed by minds that could not see beyond their nose.

“Most of our people have problems with their minds and the quality of what they think. Why would anybody think the donation I made to the government influenced my appointment on the creative industry committee? Did I also give money to influence the national honor I got?

“How much was even the donation? I have given more money to individuals, than I donated to the government to fight the pandemic. Those ones were not just public knowledge, because it was not in the media.

In the last five years, I have bought not less than six cars as gifts, given cash gifts, paid house rents, paid for music video shoots and even more.

“Moreover, the donation I made was done to the Lagos State Government, so how did that influence a federal government appointment? The issues is most of our people are infantile in thinking, and they come up with different hypothesis to give credence to their shallowness.

“It is people like that, that would criticize banks that came out to declare loses, after making donations to the government to fight covid-19. In between this lock down, I have lost four jobs, which are apparently bigger than my donation. That is Corporate Social Responsibility,” he added.

Speaking further, Ali Baba explained that this criticisms take different forms, “This minds can’t seems to wrap heads around forward thinking. For instance, I am a road safety marshal, when driving, and I meet a traffic jam, I simply alight and try to direct cars to ease the jam,, some people say I am showing off.

“I have always being a proponent of the point that government does not need to give us money, but rather they should create an enabling environment for our trades to thrive. The industry needs a rejig, and that has always been my drift for the industry,” he submitted.