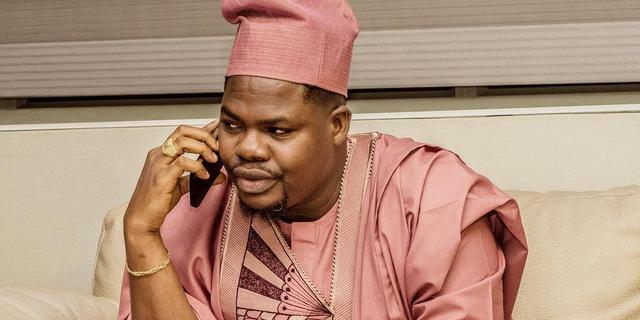 Popular rights activist and skit maker, Debo Adedayo popularly known as Mr. Macaroni has taken a swipe at Nigerian leaders over the lingering strike embarked upon by members of the Academic Staff Union of Universities (ASUU).
He accused the leaders of acting unconcerned because their children do not attend the public universities that have been on strike for several months.

Macaroni made his view known in a Twitter post on Tuesday where he accused the Nigerian leaders of insensitivity to the pains of the students/parents and the demands of the lecturers.

Applesbite reports the current ASUU strike has kept students of the nation’s public universities away from school for over three months.

Despite several meetings and negotiations, there appears to be no end in sight as both parties have so far failed to reach a compromise.

The striking lecturers have insisted except government meets their demands, they won’t return to the classes and the federal government on its part has also activated the ‘no work, no pay’ rule.

Reacting to the current impasse, Mr. Macaroni in a tweet said Nigerian leaders can’t relate with the pain brought about by the strike because their own children school abroad.

He wrote: “Students in Nigeria are out of school! Our Leaders cannot relate to the pain and sadness that this brings to Parents who simply want good Education for their children. Our Leaders can’t relate because their own children school in The U.S.A, U.K or some other fancy school abroad.”

Some of the demands by the striking ASUU members include the call on the government to implement the 2009 agreement with the union and the replacement of the controversial Integrated Payroll and Personnel Information System (IPPIS) with University Transparency Accountability Solution (UTAS) payroll software.