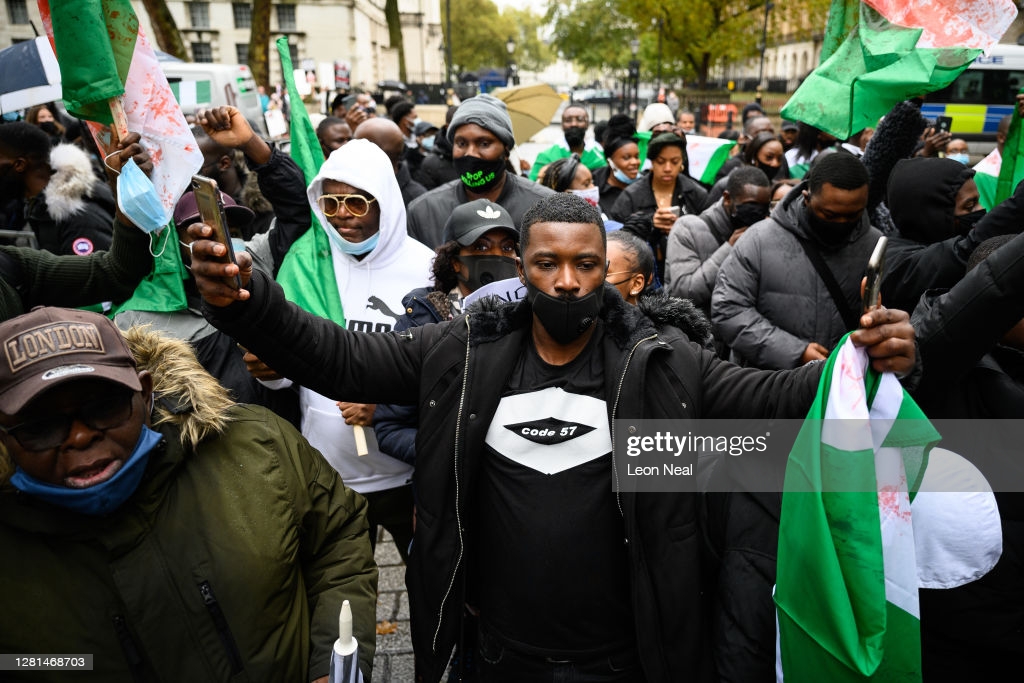 A widespread criticism and backlash have met the abrupt notice of withdrawal of their venue by owners of Landmark Event Center, scheduled venue for the much-touted Soro Soke Summit, in commemoration of the first anniversary of the October 20, 2020 alleged shootout at the Lekki Toll Gate following demonstration by Nigerian youths, against perceived police brutality.

Accusing fingers have been pointed at the government, both federal and state alike, with sordid allegations of attempt to gag the public from having opinion on the perennial End Sars discussion, and also efforts to deny citizens their fundamental right to freedom of association.

The police have also not been spared in the criticism; as they have also been accused of attempting to sabotage efforts of organizers of the summit targeted particularly at a youthful population.

Going by reports of the Lagos Chamber of Commerce and Industry, not less than N700bn was lost in economic value by Nigeria, although some other economic experts put the loss beyond a trillion Naira.

Days after the protest had gone on peacefully without any fracas, miscreants allegedly backed by government apologists took advantage of Lekki incident to not only set fire to public buildings and infrastructures, but some disgruntled elements took advantage of the crisis to loot stores and malls across major cities.

Aside from numerous properties damaged during the carnage that greeted the alleged killing of protesters at the Admiralty Toll Plaza, Lekki, it will be hard to quantify the loss suffered by families, businesses and the country as a whole.

According to then Inspector General of Police, Mohammed Adamu, 73 persons died as a result of the violence among whom were 22 police officers who paid the ultimate price. These statistics were collated between October 11, 2020, when the #EndSARS protest assumed a national dimension and October 27, 2020, days after the protest but different reports claim over 100 lives were lost to the crisis.

After the rampage, 205 critical national security assets, corporate facilities and private property were attacked, burnt or vandalized. An estimated 71 public warehouses and 248 private stores were also looted in 13 states after the largely peaceful protest was hijacked by miscreants. Out of the 36 states in Nigeria, southern states were most hit by the carnage. The states are Lagos, Edo, Delta, Oyo, Kano, Plateau, Osun, Ondo, Ogun, Rivers, Abia, Imo, and Ekiti states, as well as FCT.

A report titled ‘Protests and Business’ by SBM Intelligence, a research and strategic communications firm, states that 91% of business owners in Lagos Island and Oshodi-Isolo, two main trading hubs in Lagos, were badly affected by the protest. 43% of the small businesses surveyed said they lost more than N1 million, 29% lost between N500,000 to N1 million, 14% lost between 150,000 and N500,000 while 14% said they lost less than N150,000.

A Yoruba axiom says, “Igi gogoro magun mi loju, okeere lati nko,” which would loosely translate as, “To prevent a tall tree from pecking one’s eyes, one starts to announce it from afar.

For those labelling the government as being uncharitable and undemocratic, for wanting to stall impending ‘End Sars’ summits, protests or gatherings of any guise, are either being unpatriotic themselves, or simply do not understand public administration.

In fairness to the federal and state governments, while it is true that they are not oblivious of citizen’s right to peaceful protest and assembly, as fundamental human right, nonetheless, as any accountable and responsive government would handle such crises globally, not one would for a second time, fold arms and underestimate the outcome of allowing such protest happen the second time fearing it could snowball into another episode of carnage.

The National Economic Council, chaired by Vice President Yemi Osinbajo days ago had “strongly advised” against public protests to commemorate the one-year anniversary of the End Sars protests, understanding the danger of allowing it to thrive.

The security situation across the country currently is tense, and there are suspicions that other resumed protests could be hijacked by armed hoodlums and other opportunistic criminals who cause mayhem at such protest events and venues.

Certain hoary parts are noticed, and suspicions raised, as the anniversary of End Sars agitation hovers once again. When the agitation started last October, certain individuals, including a public affairs company were identified as lead sponsors of the protest, however, these individuals have now either backed out or become passive. The crop of those we now see championing the movement are political jobbers and opportunists. They have hijacked the End Sars mantra, to keep blackmailing the government for their selfish interest. One of them is currently stuck in the FCT.

The Success of the End Sars Protest

The End Sars agitation has not gone without its successes. The 2020 led protest has led to;

* The disbandment of SARS.

* Lagos State Judiciary, chaired by Doris Okwuobi, has so far, awarded N90M to 16 victims of police brutality, whose cases were heard by the panels.

* Recommendations of panels which are already at various stages of implementation, including the setup of Victims Compensation Funds from which several victims have received payments of sums awarded to them by the panels.

* And prosecution of police personnel indicted by the panels.

These are commendable actions that ought to be taken to a logical conclusion in a peaceful atmosphere.

Organizers of the planned protests should explore the various channels of communication with governments at various levels to advance their positions and avert the breakdown of law and order that may result from such public protests.