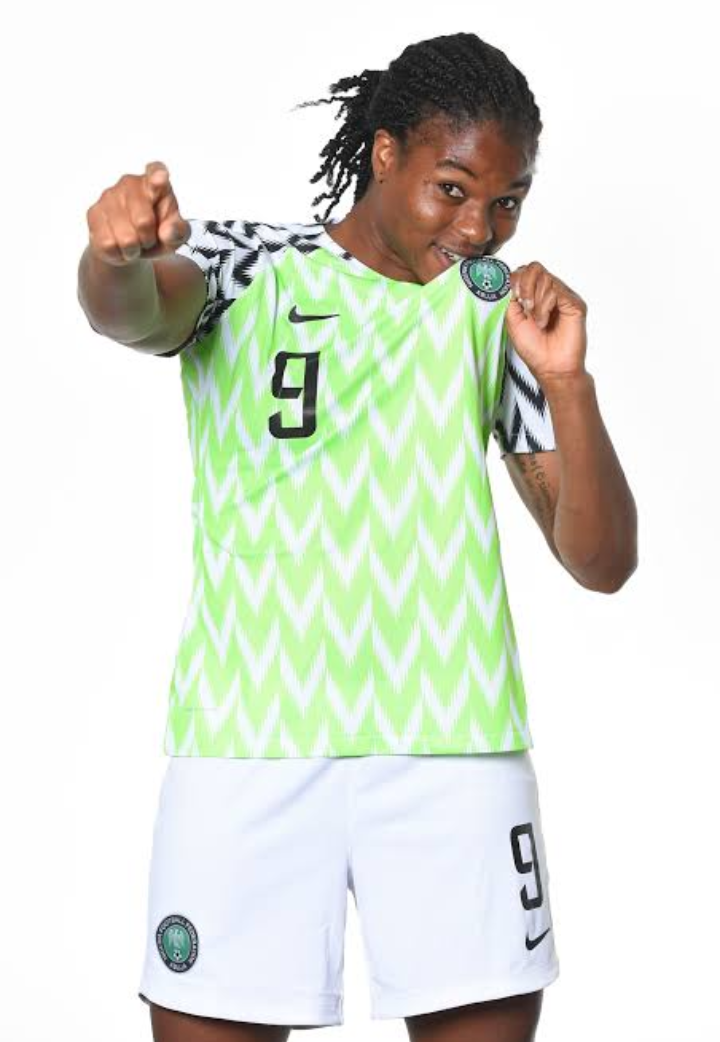 Guingamp fc and Super Falcons striker Desire Oparanozie has stated reasons why she is calling it quit with her clubside in France.

In a live radio telephone interview, monitored by Apple’s Bite International Magazine, Desire Oparanozie disclosed that her contract with Guingamp expires in june.

“Since the league in France has been halted and Lyon declared champions, it automatically means our agreement has also ended” . She said.

She added that she will be trying new things but will not reveal them as of now.

Asked if she prefers foreign coaches to local ones, she said that her preference is quality irrespective of tribe, race or colour.

She reveals that she is available for selection whenever the coaches deem it fit to invite her to the super Falcons camp.