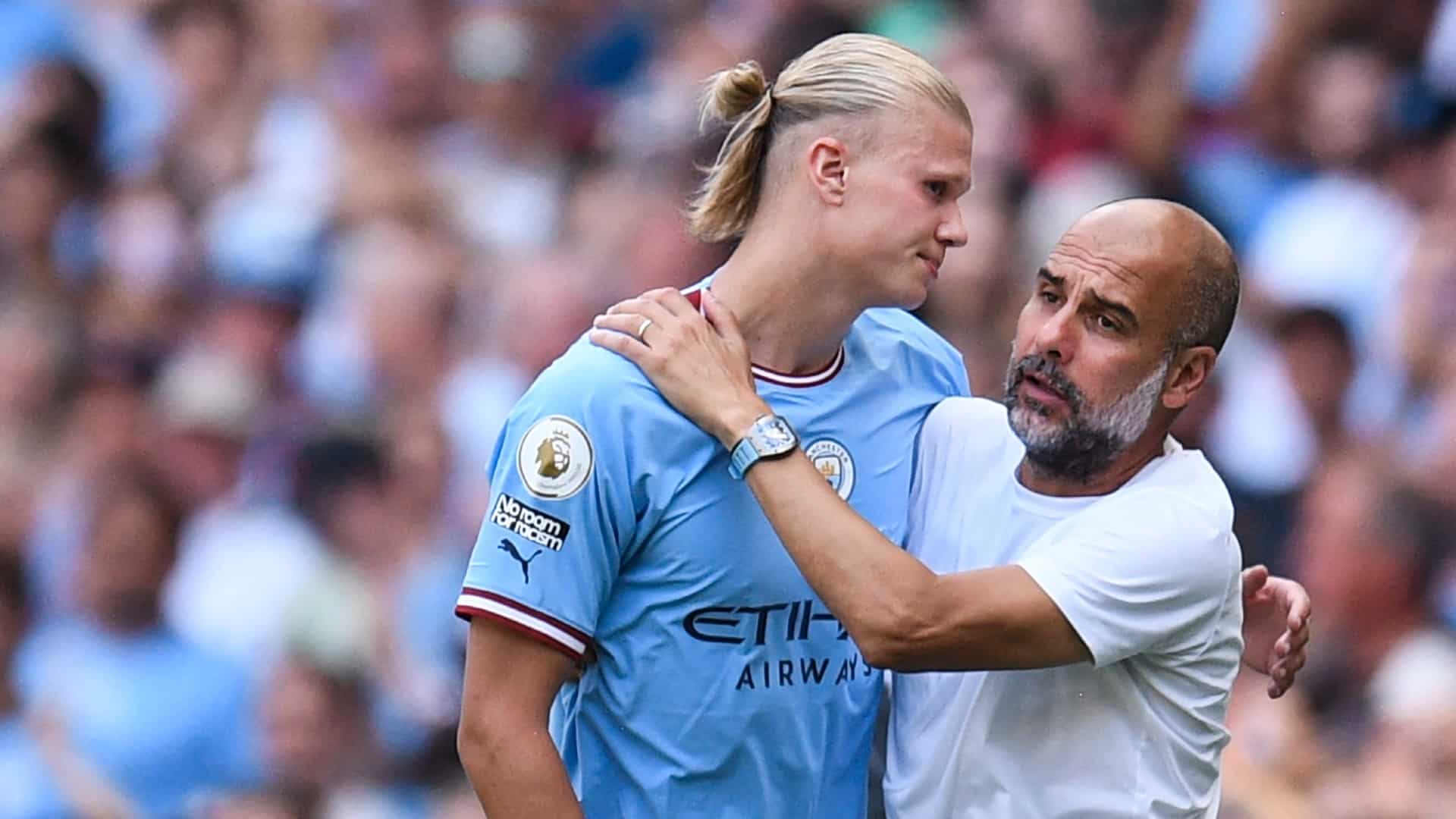 Erling Haaland’s father, Alf-Inge has hinted the Norwegian forward won’t be at Manchester City for more than five years due to his release clause.
The £51 million transfer from Borussia Dortmund saw the Norway international sign a five-year contract with the Premier League champions.

The striker who recently joined the Citizens has been proving his worth after his electrifying start to the season.

Haaland’s father, who confirmed that his son might not stay with the sky blues for a long time due to his desire to play in all five of Europe’s top leagues, suggests that this might not last for very long.