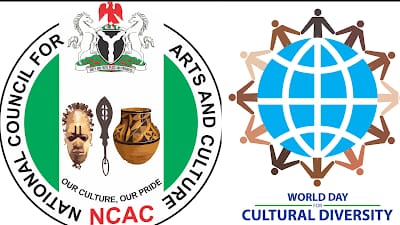 As part of celebrations to observe the 2022 UNESCO proclaimed World Day for Cultural Diversity for Dialogue and Development, the Lagos State Zone of the National Council of Arts and Culture, NCAC, highlighted the rich tradition and culture of Nigeria’s Igbo tribe.

The event, which took place on Monday, May 23, 2022, at the NCAC Lagos, Red Brick Complex at the National Theatre, attracted dignitaries from throughout the country and emphasized the rich cultural legacy of the Igbo, with traditional cuisines, dances, and theatre to the delight of everyone present.

Breaking the kola nut and praying in the traditional Igbo process was Chief Nze George Ohanunma, a retired naval officer and NCAC Artistes Village businessman. “The Yoruba make kola nuts, the Hausa eat them, but the Igbo worship them. Kola-nut is all about life; whoever offers kola is giving life. Kola-nut represents peace and progress; may we all experienced progress in our homes, communities, and Nigeria as a whole.”

Mr Dotun Victor Omoniyi, NCAC Lagos Zonal Director, welcomed everyone and praised the staff for their assistance and unwavering dedication to the event’s success. He also expressed gratitude to NCAC Director-General, Otunba Olusegun Runsewe, for their productive relationship and support in the preservation of Nigerian culture, and stated that the Council had chosen to honour the rich Igbo culture this year because they are one of Nigeria’s most distinct ethnic groups.

“I will want to thank the staff for their efforts in packaging this event, and the DG, NCAC, Otunba Olusegun Runsewe for giving NCAC Lagos Zone the chance to exhibit their talents, as I welcome members of the public to this beautiful ceremony of the Igbo people. We are celebrating Igbo culture today because they are one of the unique people in Nigeria. Culture is dynamic and every culture has its uniqueness, and you will agree with me that the Igbo culture is one of the richest cultures in Nigeria.” He stated.

Mr Ominiyi stated, “The Igbos is a very resilient, prosperous, industrious and enterprising people. We all have our diversities. Igbo day is a part of the cultural programme at the NCAC. Two years ago before COVID-19, we had one on a micro level, and that’s Ekiti Day, in which we tried to manufacture the diversities in our manifestation of the Yoruba people. It was a very grand occasion held in this place. So from then, it was agreed that every 21 of May, we are going to pick out one ethnic group in Nigeria to celebrate their culture, and on this day, we are proud to be associated with the Igbo culture.”

The NCAC Lagos Zonal Director updated the audience on our cultural diversity. “As a cultural officer, I don’t believe one culture is superior to the other. Each culture is unique to its own people. There is uniqueness in our diversities through our culture, dresses, dances, philosophies, worldview, and the way we do things, and these are the strength we have to move this nation forward. No matter the challenges facing us in Nigeria, we have to move on by appreciating ourselves.” Omoniyi said.

Mr Mufu Onifade, an independent arts and crafts specialist, supplemented the opinions of the NCAC Zonal director by underlining the richness of Igbo culture. “Celebrating the richness of Igbo culture (as part of the activities marking the UNESCO-declared World Day for Cultural Diversity) is an attestation to the vitality of the values and morals of Igbo cultural efficacy. Igbo (also corruptly called Ibo) comprises a people of South-Eastern Nigeria, whose main language is Igbo, a language of the Benue-Congo branch of the Niger-Congo language family. The Igbo may be grouped into the following main cultural divisions: Northern, Southern, Western, and Eastern Igbo. They are an ethnic group in Nigeria who are primarily found in modern-day Abia, Anambra, Ebonyi, Enugu and the Imo States. Often called ‘Ndi ‘Igbo, some of them are also found in Delta and Rivers States. This ethnic group can also be found outside Nigeria in Cameroon, Gabon, and Equatorial Guinea. The Igbo cosmology is a total encapsulation of its components such as culture, which is a way of life; art, literature, music, drama and folklore” Onifade said.

Addressing the media, Prof Sunday Ododo, Director General and CEO of the National Theatre applauded the performances and encouraged Nigerians to live in peace. Cultural diversity, he argued, can be a source of strength that makes a country stronger and more united. However, to achieve this, everyone must work together. “Cultural diversity can create a source of strength to promote unity. In another word, we need each other to achieve a lot to survive and make progress. In Nigeria today, some zones have oil, crops, and cocoa, while others don’t. We were taught today that Western Nigeria produce kola-nut, the North eats it, and the East worships it. So we depend on each other to feed ourselves for our spirituality. Therefore, Nigeria should take a lesson from this event, and embrace peace. War is nobody’s gain, but peace, it is. Without peace, there won’t be development. We need peace to have a greater stride in development, and to that effect, we should all close rank and file to ensure that the Nigerian nation survives, and make progress better than it has done so far.” He stated.

The event, which included stories, dances, music, plays, tongue-twisting and body adornments to represent the Igbo cultural past, could be preserved through regular stage presentations and film productions. One of the most memorable aspects of the colorful event was the presentation of Igbo cuisine by Mrs Nneka Akwara, Head of Research and Documentation, who enthralled the audience with a presentation on the different cuisines of the Igbo in southern-eastern Nigeria.

Alhaji Ahmed Mohammed Ahmed, Artistic Director and CEO of the National Troupe of Nigeria, in an interview with the media, welcomed the initiative of the National Council for Arts and Culture, Lagos Zone, and commended the Head of Zone and staff for taking the bold step of organizing the event.

“What I saw basically rhymed with the theme of this year’s World Culture Day, which is talking about peace and peace-building in Nigeria. The drama and dances I saw talk about building one another and also looking at us as one. Marriage is one key thing that brings us together, and this programme showed is about peace-building. The cuisine displayed was highly fantastic, and also looked at Igbo in the eyes of other people. So in every culture, there is also diversity. So unity in diversity is a keyword.” He stated. 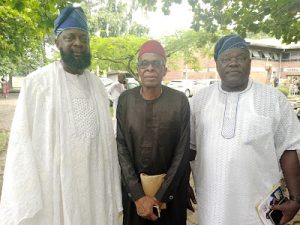 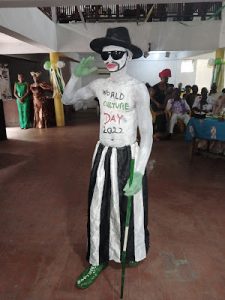 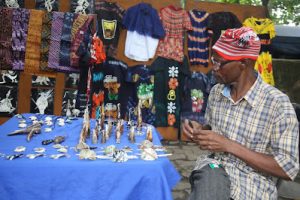 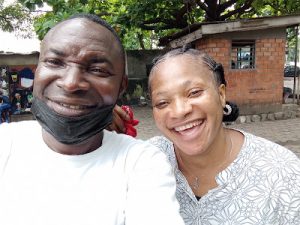