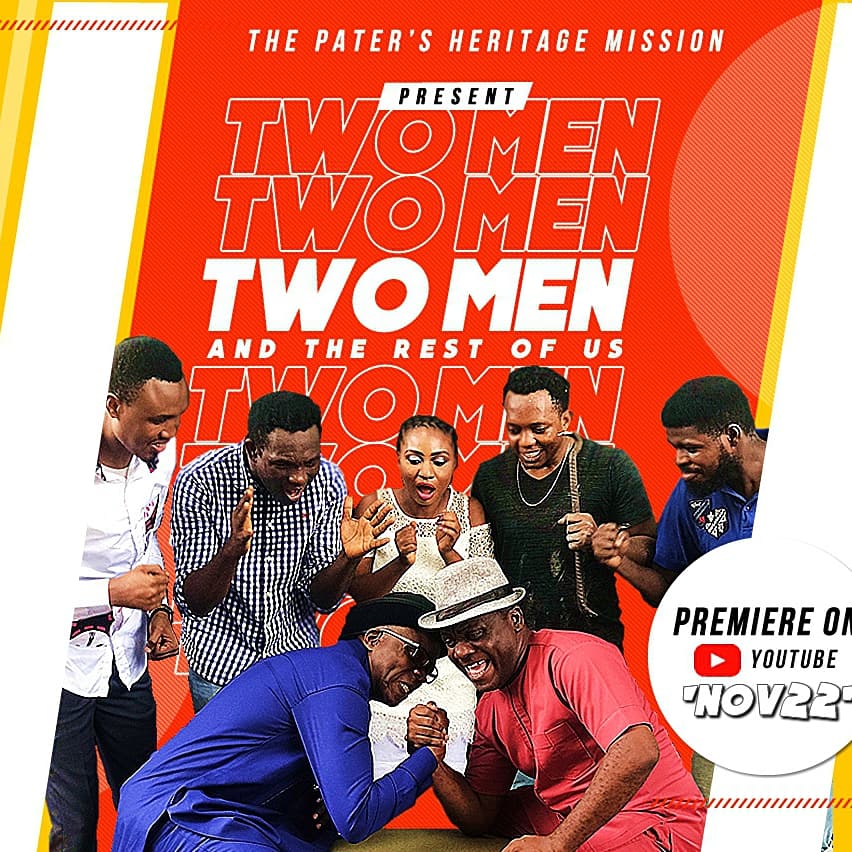 Two Men And The Rest of Us tells the story of Okonkwo and Soyinka, who are retirees with a lots of time on their hands. They sit out in front of Soyinka’s house and somehow get involved in just about everything that’s happening in their neighborhood.

From the funniest to the dangerous, you really can’t say what would happen each time, the only thing is that you can identify with the story each week, because “The Two Men” are telling our stories.


Two Men and The Rest of Us (S2): an all-improvised comedy series, premieres on YouTube November 22, 2020. The show will run every Sunday by 6pm on, @Paters Heritage Mission Youtube channel.

All you need do is visit the YouTube Channel (Paters Heritage Mission) and Subscribe to receive notifications (the live notification reminder will be sent to you).

The comical drama stars, veteran actor/ director, Olufemi Bolorunde as Soyinka, Iheanyi Okoro as Okonkwo, it features Chris Oyedokun as Shamaya, Ice Ibim Omeite as Bomboy, May Okanigbe, Greg Chiadika, and Edna Frank-Konwea and many more brings many years of their acting experience on sets of 2 men and the rest of us.

Two Men & the Rest of Us uses improvisation to produce fun, immersive experiences that bring laughter to the people. The first season of the show was great but not much noise was made about it. Based on popular demand, this season comes with more attention to details and deeper lessons to learn in the midst of the laughter.

Produced by Pater’s Heritage Mission, an NGO that uses of drama, music, dance, and the print media to create change in the hearts of men and in doing so, creating the desired positive change in the world.

According to the media officer of the production company, Mr. Godwin Nzekwe, Pater’s Heritage Mission is dedicated to reaching out to the uttermost parts of the earth with the Father’s love, creating a positive and lasting change in the society.

Related tags : Two men and the rest of us