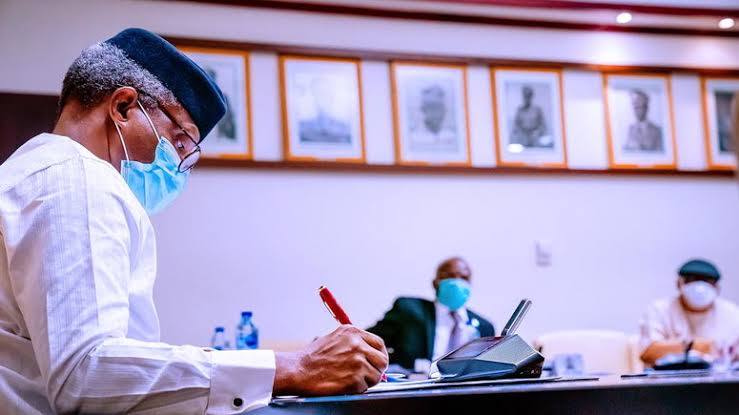 In every democratically elected government, political parties and the legislature play very important role in the success or otherwise of the executive arm of government. For proper coordination and service delivery, it’s important that these three structures work in synergy rather than in rivalry.

As head of government, the executive arm has a onerous task of bringing all these relevant institutions together in other to align the government’s objectives for the betterment of the people.

However, it’s an open secret that since the All Progressives Congress, APC broke the monopoly of the PDP by taking over government in 2015, there have been little or no proper synergy amongst these three structures.

A government is set up to implement the manifestos of a political party and traditionally, the ruling party is supposed to have some level of control over the legislative arm of government so that the opposition who are most times more interested in winning the next election than governance don’t use the parliament as a tool to frustrate government to their advantage.

The APC, however failed in doing this from the very onset when it took over power from the PDP. The failure of the party to decide the leadership of the 8th National Assembly created monstrous opposition within the party which was more committed to seeing the government fail than succeed.

Although, heads of both arms of the national assembly were acclaimed members of the APC, but their actions and inactions portrayed them more as the real opposition the government had to contend with than the PDP. They demonstrated this in several occasions where Presidential nominees or requests were frustrated purely on political reasons.

Their actions portrayed the party and government in bad light as they never acted like they were members of the same political party that was voted into power to implement a manifestos.

However, the President, Muhammadu Buhari and his patriotic and workaholic Vice, Prof. Yemi Osinbajo despite their intrigues recorded landmark achievements in areas of infrastructure, social welfare, fight against corruption, etc to their chagrin. This effort endeared them even more to majority of Nigerians who voted them overwhelmingly again into power in 2019 while sending some of the detractors out of power.

As the 2019 administration began, while it’s clear that the relationship between the executive and legislature has improved, there are still obvious gaps that exist among the three; executive, party and legislature. These gaps need to be closed to ensure effective service delivery to the Nigeria people.

Many APC leaders feel left out in the scheme of things as they continue to see people who cross from the PDP to the party gain more recognition by the government than them in terms of appointment into juicy positions or opportunity to contest election under the party’s platform.

This has caused serious disenchantments and avoidable squabbles and horse trading in the party. This has been there but it became even more pronounced after the last general election and the development is slowing down government activities.

Painfully, the party has not carried on with this task effectively as members have spent more time in horse trading than anything else. This regrettable development has also cost the party some governorship and national assembly seats in some elections.

Realizing that all is not well, early this month, the President set up a tripartite Executive/Legislative/Party Consultative Committee (ELPCC) to be headed by non less a person than the quintessential Vice President, Prof. Osinbajo.

The objective of the committee as outlined by the President during inauguration is to fine-tune the relationship between the executive, legislature and the party as well as align the objectives of the party to be alive to electoral promises.

The task before this committee goes beyond strengthening relationship among the three structures. It’s more about preventing the party from total collapse.

A lot have happened in the party and the embarrassing defeat in the recent Edo governorship election has further highlighted the obvious point that all is not well within the ruling party. And who would have embarked on this very necessary and important rescue mission if not the charismatic Vice President?

There’s no way the government can deliver on its electoral promises when the party is not in order. Hence, the highly respected VP regarded by many as the best Nigeria second in command since independent has a mandate of not only synergizing the executive, legislative and party but returning the APC to the values and principles that endeared it to millions of Nigerians in 2015.

And truly, there’s no better person for this job now than Prof. Osinbajo. With the way he led this country when the President was away during their first tenure and how he has handled some assignments under him, all lovers of democracy and APC members have enough reasons to celebrate as stability, corporation and more organized government that will translate to more effective service delivery to the Nigeria people is in the offering.

It’s important that as he goes about this task, all relevant stakeholders must corporate with him to enable him fix this long overdue disconnect between the government and the party as this is the only way that the internal squabbles and crumbling in the APC can be solved.

Next Read: A look at Some of Vice President Yemi Osinbajo’s Official Activities for September 21-25