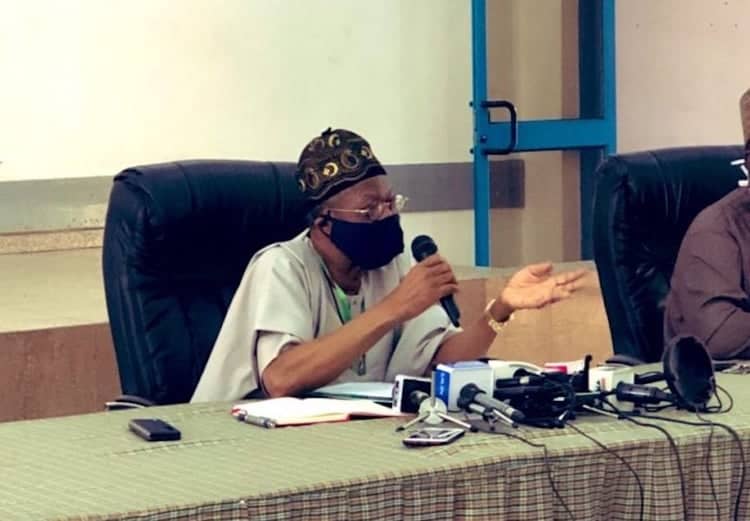 The Buhari led-Federal Government on Wednesday, May 6, announced a committee of industry stakeholders to advise her on the best way to mitigate the effects of the Covid-19 pandemic on the creative industry.

At a meeting with the Broadcasting Organization of Nigeria (BON), the Minister of Information and Culture Lai Mohammed announced the move by the government.

The creative industry which covers mainly film, music, theatre, fashion and photography has been hit badly by the novel coronavirus since restrictions on social gatherings took effect.

Mohammed in his speech stressed the critical role that the industry which also contributes to the Gross Domestic Product (GDP) plays in the country.

“The creative industry is a very critical sector of the nation’s economy and a major plank of the economic diversification policy of this administration. It creates the highest number of jobs after agriculture, especially for the youth. Therefore, there is no doubt that we need a collective and government-supported approach in dealing with the immediate, short and long term palliatives and initiatives for the industry, in order to mitigate the effect of the pandemic on the sector.”

The committee, made up of stakeholders across the sector, is mandated to send a report within four weeks that will assess the expected impact of the pandemic on the industry in general; advise the government on how to mitigate job and revenue losses in the sector as well as to create succor for the industry’s small businesses; suggest the type of taxation and financing that is best for the industry at this time to encourage growth; and advise the government on any other measure or measures that can be undertaken to support the industry.

“We are still expecting representatives from the fashion, publishing, photography, hospitality and travel sectors,” the Minister added.

Mohammed also announced that the Federal Government had approved the request by the National Broadcasting Commission (NBC) to grant a two-month license fee waiver for terrestrial broadcast stations in Nigeria.